Spotlight On... The Triceratank! 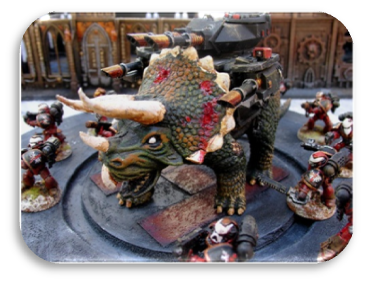 Background
Utilising xenos biofroms to fill weaknesses in their diminished strength, the Crimson Blade Deinosus Battle Company cane equally be referred to as Dino-Marines!
The Crimson Blades are principally a close assault force and as such they ran the risk of being vulnerable to overwhelming armoured opposition. Fully aware of this, Captain Felix Wulf saw to it that the weakness was immediately addressed, both in the specialised equipment handed out to the Hunter squads but also by strapping the bulk of a wrecked Predator Annihilator onto the back of one of his xenoforms.
The Triceratank (as it is affectionately known) is the perfect precision tank-hunting tool, able to lay down an overwhelming field of needle-sharp heavy las-blasts exactly where it is needed.
As long as it is alive and its weapons still functioning, the Chapter has nothing to fear from heavily armoured opposition.
Making the Model
The Triceratops was a particularly nice toy that I started off with and to that I strapped on the turret, top and sponsons of a Space Marine Predator Annihilator tank. Wanting to match the battle-worn look of the rest of the company I added heavy weathering and battle damage. 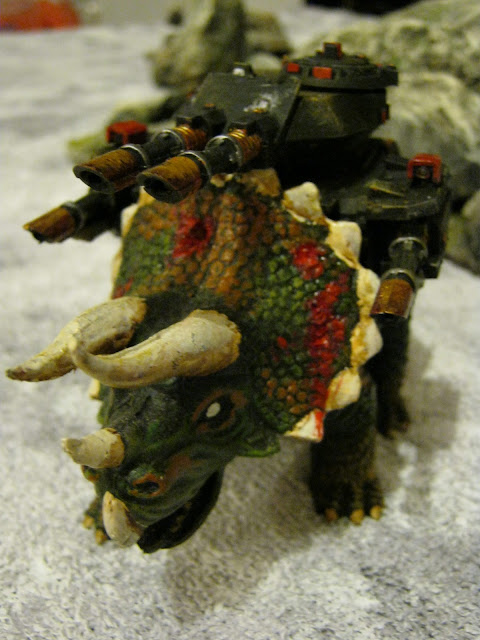 Game Rules
In the game, the Triceratank uses the rules for a Space Marine Predator Annihilator.
Tactics
With three lascannons, the Triceratank is there to take out vehicles. The rest of the army does contain some meltaguns and Dreadnoughts capable of tackling tanks but this is the specialist item right here. If there aren’t any tanks to shoot it can feel a little redundant but it’s just as good at taking out heavy infantry (like Terminators). 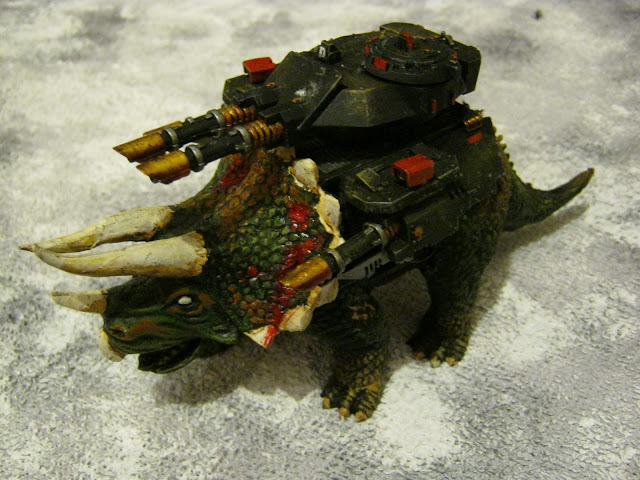