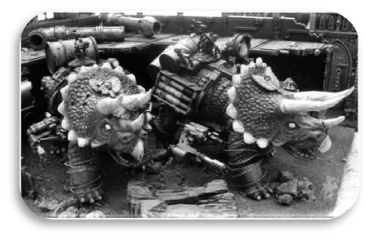 Background
With the majority of their armoured support devastated beyond repair, the Crimson Blades solution was to turn to the indigenous xenoforms on the planet where they became stranded, but this new biological “armoured” division proved the equal of any technology that had come before.
Used both for spearheading heavy assault actions and as beasts of burden, the Triceranoughts excel at the role they play in allowing the Deinosus company to maintain such a potent mobile force. Carrying everything from heavy armament to the concentrated liquid gruel used to sustain the marines in the field, the Triceranoughts prove invaluable, especially with the Cortex Units drilled into their brains to control them while accelerating their natural aggression. 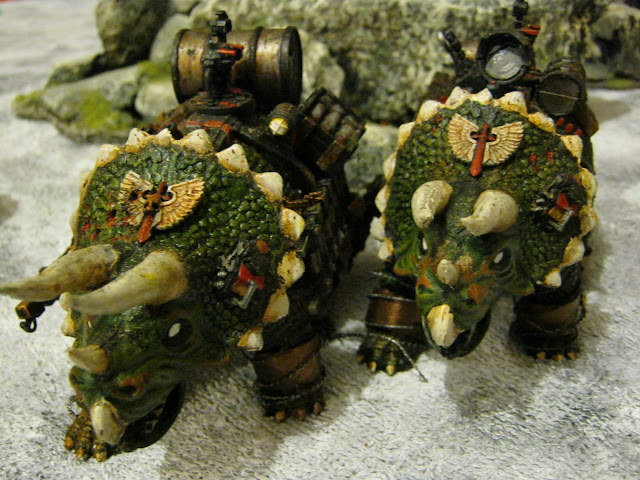 Making the Models
The Triceranoughts were made from the same basic Triceratops toys as the Triceratank. Then I strapped on as many spare parts, barrels, lights and rolled up sleeping bags as I could. The goal here was create the idea of a support unit that spends long periods in the field and I wanted to explore the question of what Space Marines might eat in those circumstances.
As with the Triceratank (and the rest of the army), I wanted the Triceranoughts to be heavily weathered and battle damaged and used a drill to make shell wounds in their armoured front plates.
They have the same assault armour on their legs as my Tyrannosaur has as well as the razor wire, to act as a deterrent. 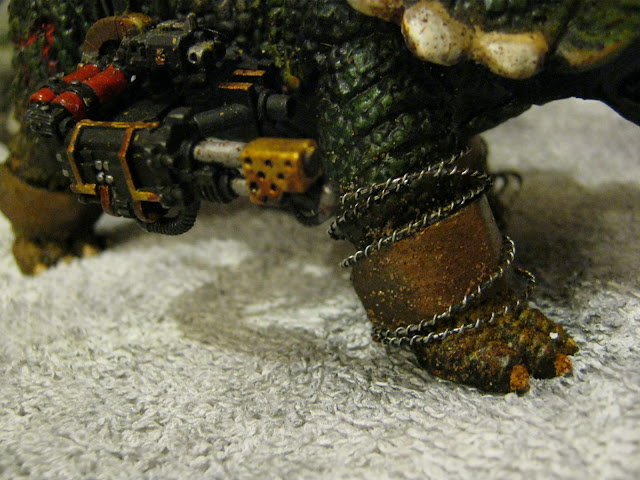 Game Rules
In the game, they count as Chaos Space marine Dreadnoughts. The rules there match up well with their capabilities and also have the Crazed element to symbolise their out of control nature. 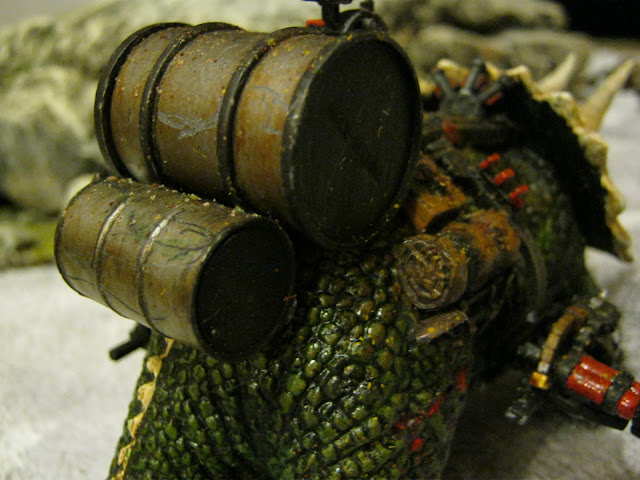 Tactics
It’s difficult to talk much about tactics here because in almost every game, the Triceranoughts have ended up getting immobilised far from the enemy. They are designed to be close assault units and need to get into combat as quickly as possible to avoid getting shot up. Because they look so threatening however, they tend to draw a lot of fire. 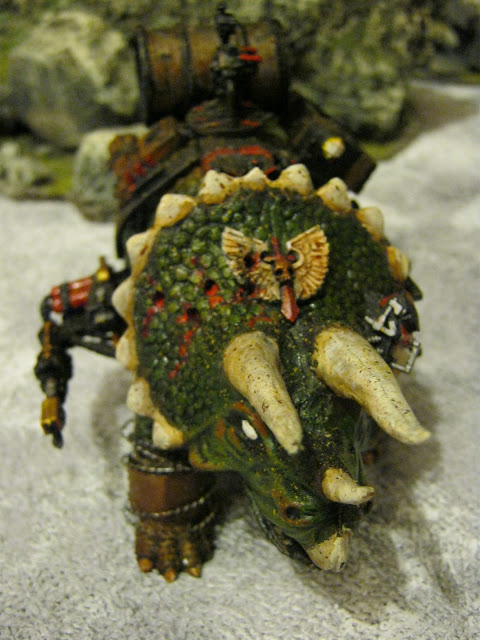 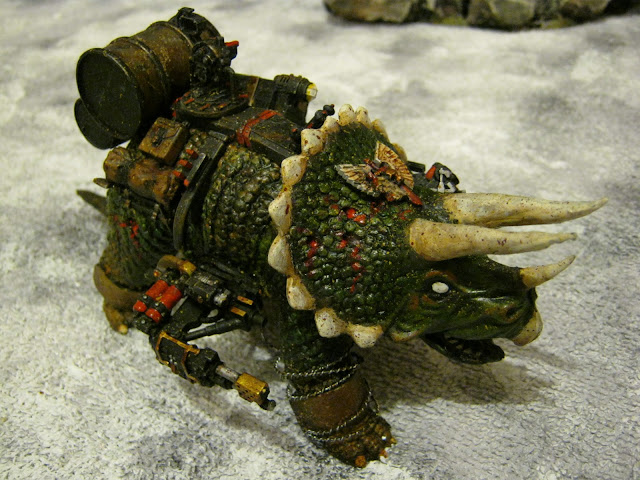