So I decided I needed some more terrain for 40k, because you really can’t have enough.
And I had a heck of a lot of parts left over (and still do) from a big box my wife bought me.
And I had an old fan from a computer. 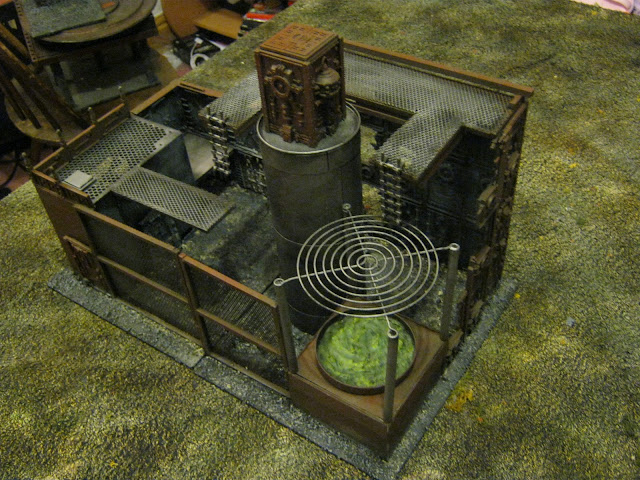 This lovely piece is a manufactorum (read factory) designed as a centrepiece for my industrial zone themed scenery.
It’s made  from a combination of GW parts, wire mesh from Homebase and balsa wood from a model shop. And of course the ubiquitous tube (this one metal rather than Pringles). 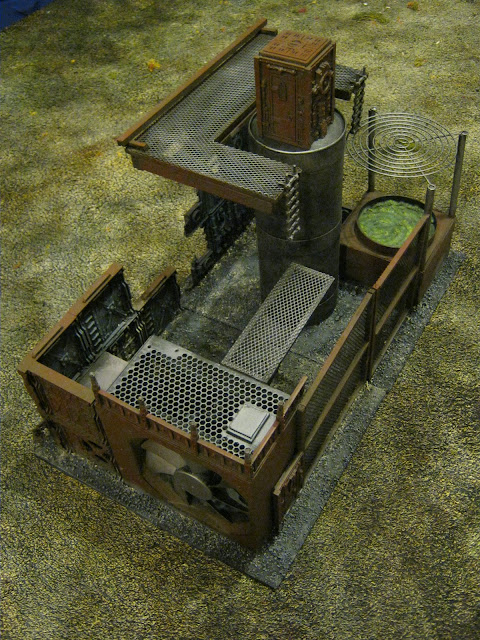 I wanted it to be able to be usable in a Necrumunda/Necropolis/Mordheim type situation and so I went for cat walks and stuff. In fact, now it’s made I realise It’s a bit restrictive on putting men inside for larger games. 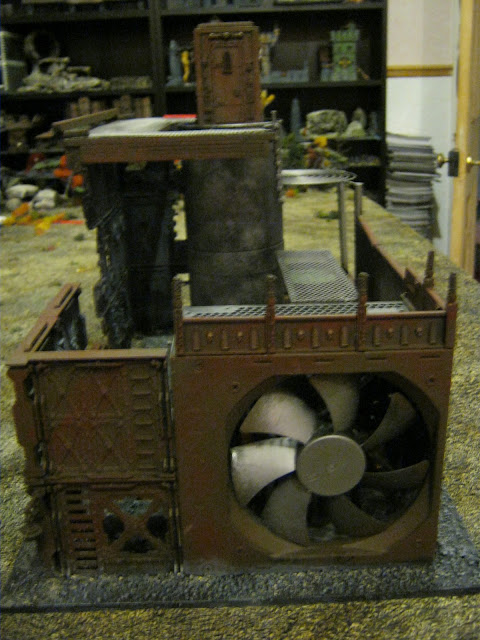 I built it in two parts so that it can be split into two buildings. These two halves match the same sized footprint as all my other buildings.
The bubbling green liquid is made from all purpose filler. 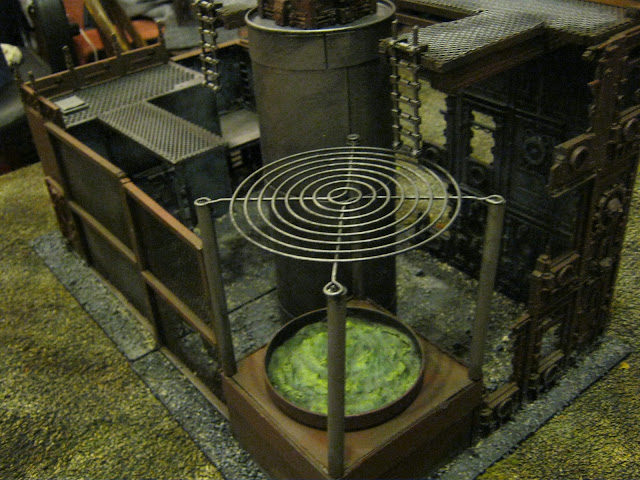 This baby is the previously seen landing platform I built ages ago and didn’t paint.  As previously mentioned, I built it over the top over an old platform that didn’t see much use. 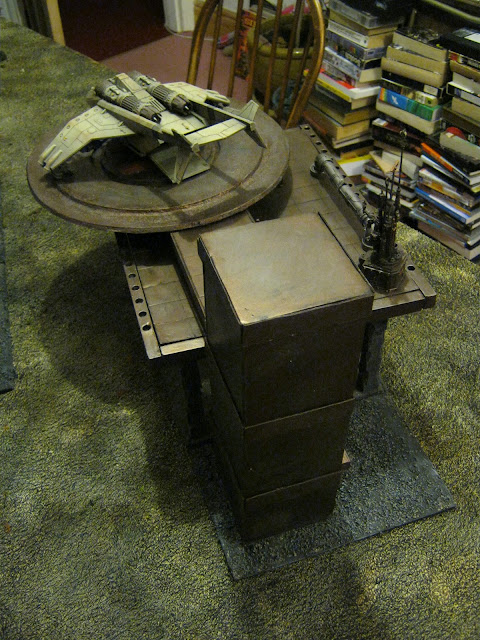 I’m not too happy with my slightly rushed paint and I’d like more clutter near the landing platform but I would say it has come out pretty well. I used it in a game of Necropolis the other day and it went very well. 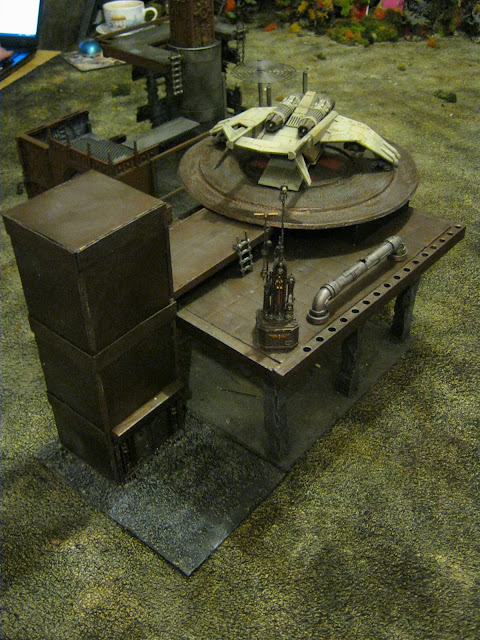 There’s something really special about the way Valkyries look on a landing pad. 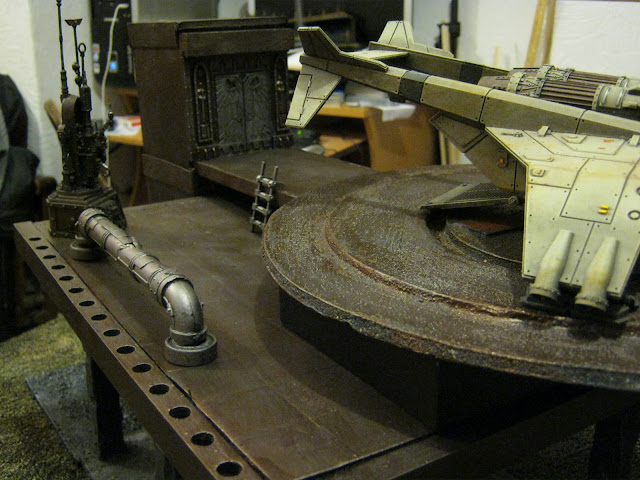 The lift tower takes models up and down with all their cargo. 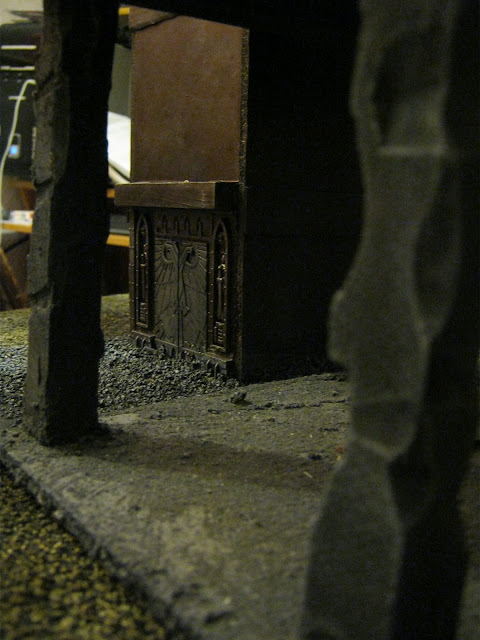 My friend Joao doesn’t like these pillars as he thinks they look too archaic.
He’s right but it’s too minor a quibble to redo everything and the initial reason for building it was to make useful the platform I was too sentimental to throw away.
Posted by Jack Finn at 14:19 No comments: