Return of the Men of Stone

Well, I haven't posted a lot lately, which I am sorry for, but I've been very busy over on my Fantasy campaign Last Chance War.

But I thought I would stop by to mention that I'm working on repainting my Crimson Blades to fit in with my Fantasy campaign. If any of you have read the history of the Crimson Blades in the Forces of Valorax section above, you'll know that in their dim and distant past, they were known as the Men of Stone.

This was before they were betrayed and a portion of their forces crash landed and abandoned on a backwater planet.

I can now reveal that the backwater planet was the Old World of Warhammer.

Here's the new colour scheme I'm working on and I'll be posting pictures of the developing army over on Last Chance War. 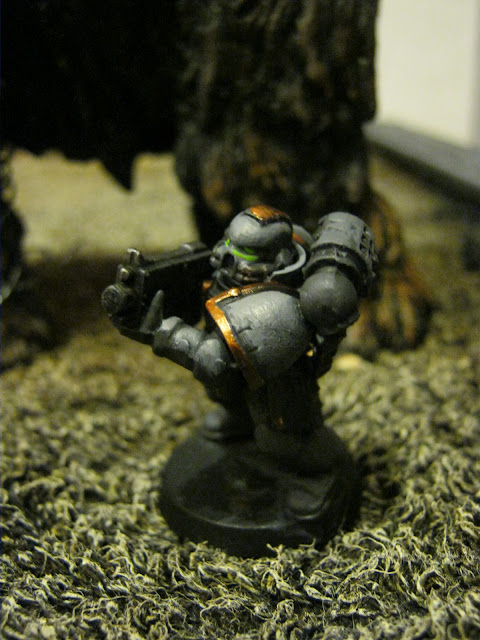 Though I will be improving on that dodgy eye glow effect that I totally haven't mastered yet...
Posted by Jack Finn at 21:37