Once upon a time I was so poor that I had to bulk up my armies with ingenious proxies purchased at the local car boot sale in order to keep up with my burgeoning passion for army expansion.
At about the same time, I read a tactics articale abotu Ork Buggies.
The article talked about maxing out on Ork Buggies. It said they could be used as moveable scenery to protect the Ork Boy advance and they even suggested using them as a wall right across the enemy eployment zone to block ebnemy moving and shooting!
It was all pretty devious.
Anyway, inspired by this deviosity, I ran right out to G&Ts and converted up NINE Ork Buggies! 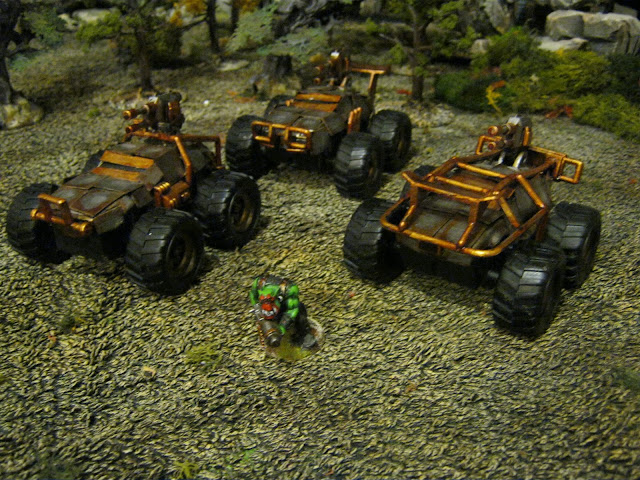 Each was based on a little toy car. I added odd-shaped cardboard squares for Orky armour plates and to block up the windows and strapped on either a big shoota or a rocket launcha. I had a lot of spare weapons from the toy tanks I'd bought to save money on my Imperial Guard. 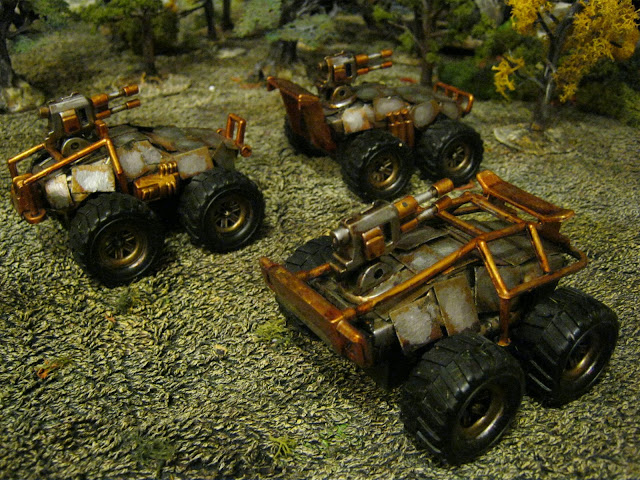 In fact, to play with, they were quite annoying for a long time as the old vehicle rules meant they were forever getting in each other's way. With the current squadron rules meaning buggies can shoot "through" one another, this is avoided and they're a little bit better. 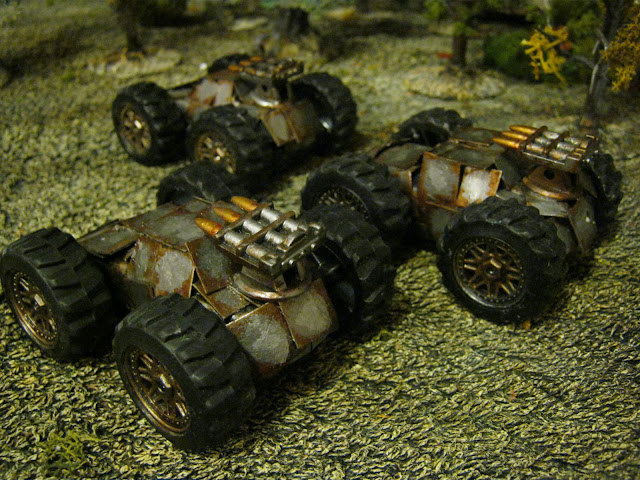 As with all my Ork vehicles, they are self-powered. Just pull them back and watch them go!

Note: This can annoy one's opponent as they gleefully ram through their miniatures. 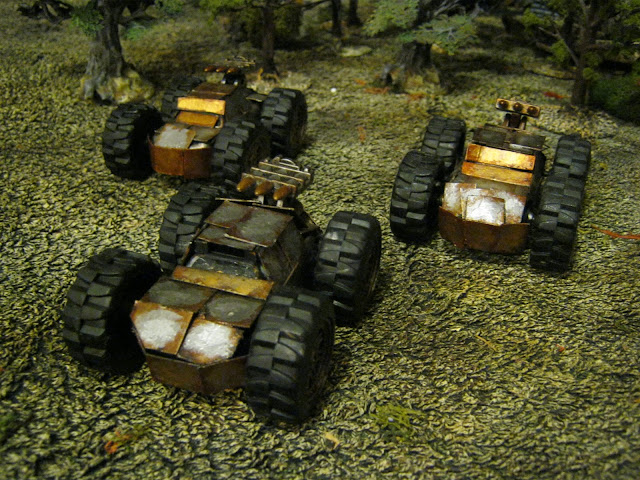 My Ork army is still a bit thin on the ground for men so I often continue to need my Buggies.They aren't as great in the game as I imagine they could be but they do look cool, and hey! What's more important than that??
Posted by Jack Finn at 11:33