History of the Valorax Crucible 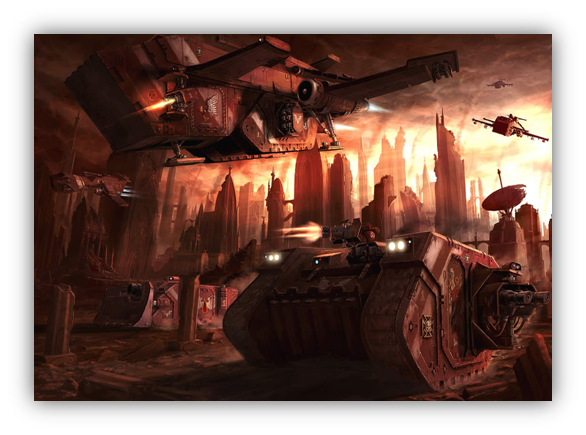 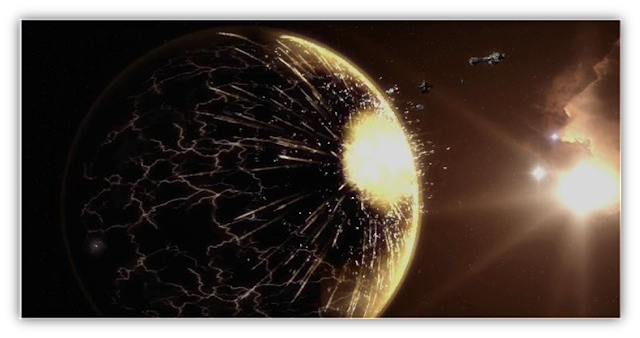 After almost two full days of devastation the assault stopped and reluctantly the fleet pulled away from orbit, leaving the entire planet a smoking ruin.
With almost every city laid to waste, the survivors consolidated their forces. Valorax VIII was saved but at a great cost, not only in lives and economy but in something else as well. The people of the Valorax system had given nothing but loyalty and lives to the Imperium of Man. That debt had been left unpaid at their darkest hour.
Many members of the ruling echelons and high ranking officers of the predominantly Valorax-loyal Navy Battlefleet were not likely to forget this quickly and thus the darkest strand of the history of Valorax became darker still.
Aftermath of the War
996.M41
The Manticore War was over. Through the sacrifice of billions of lives, every single Tyranid had been wiped out, leaving the Valorax System safe once more. Or so had been the intention.
Even as the cinders of the destruction continued to fall, the survivors, emerging from their bunkers caught sight of movement amidst the falling masonry. Although the Tyranids had been dealt a horrific blow, tearing out the superstructure of their forces, many individual organisms remained, scurrying furtively, reverting to instinctive animalistic behaviour.
The furious but exasperated survivors gunned down any Tyranids they saw but the xenos filth dug deep into the city ruins and forest bowers and proved immediately that they were going to be harder to eliminate than the humans had hoped. Although most of the Tyranids had been exterminated, the Valorax Guard had also been dealt an almost mortal wound and there were insufficient forces to follow through with the killing blow.
Another strike from orbit was considered but quickly disputed. There was no guarantee that a sufficient proportion of the Tyranids would be wiped out and the Guard and the rest of the population were too close to extinction themselves.
The armed forces started to consolidate their strength; bringing the survivors together to assess what power they had remaining. Confidence in Ivan Chord’s leadership was shaken but still held and his absolutely rigid belief in their continued survival kept the rank’s tight and discipline high.
In some areas the Tyranids were successfully held at bay but in others they started to flourish again. Nowhere more was this felt than in Escavar, whose ruin was the most crippling blow so far to strike Valorax. The planet’s capital city had to be largely abandoned following the orbital strike, but due, ironically, to the city’s own defences, the Tyranids had survived there in relatively massive quantities. The entire city was overrun. With a heavy heart, Ivan Chord ordered that all contesting forces be removed from the city and that planetary governance be shifted to Qualitat, the floating city in the Sea of Gore, which had remained almost untouched.
Like Birds to Carrion
997.M41
With the planetary defences of Valorax VIII devastated, Imperial forces busy elsewhere in the segmentum battling other splinters of Hive Fleet Kraken and the expanding Tau Empire, other eyes turned to the system. These eyes, both xenos and warp-spawned, saw a place of opportunity, easy pickings for a bold and fast moving force.
As the natives continued to fight to keep the Tyranid menace in check, these other forces started to close in, each with their own agenda. There was little on Valorax to stop them taking what they wanted and the end of all life in the system was coming with little to stop it.
What the Valori needed now… was a miracle.