Adeptus Mechanicus vs Tau | Tim v Peter | 40k | 52 | 109.997.M41
The call came through over the comm to Shas’o Shi, commander of the Tau Montyr’nan Contingent, from a clearly terrified Earth Caste demolition engineer. They had grossly miscalculated when they decided to send only a small group of warriors in to the apparently abandoned manufactorum complex to destroy it.
The complex was very much active.
There were signs that a covert arms build-up was taking place on an enormous scale. The Adeptus Mechanicus were building an army! 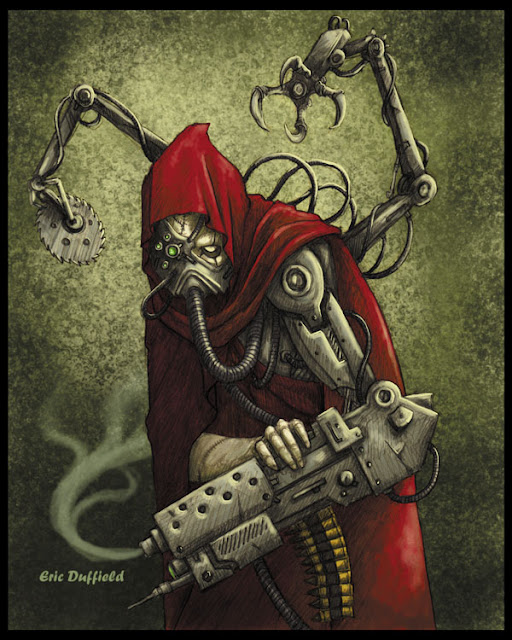 Shas’o Shi narrowed his eyes, gazing at the view screen, instantly assessing the situation. He gave the order to send in reinforcements immediately, knowing that they wouldn’t be fast enough to win the day but knowing too that it had to be done to affect a fighting withdrawal.
What he was seeing wasn’t right. The Adeptus Mechanicus clearly weren’t hiding from the xenos invaders. They were hiding from the Valorax government and military. What the Tau had stumbled upon was a massive preparation for war, not against the aliens but as a coup to take possession of the planet from their erstwhile allies!
In the outskirts of the complex, the engineer’s Firewarrior bodyguard hunkered down behind the ruins of some ancient machinery as shots came down from above. An entire battery of Thunderfire cannons was arrayed deeper into the manufactorum, crewed by Skitarii. The warriors had never seen such concentrated fire coming from such a small and mobile unit, but the Cult Mechanicus had access to weapons of war that the rest of the Imperium could not lay claim to.
Their reserves were nowhere to be seen and already a squad of bio-engineered Skitarii were moving forward, letting fly with their hellguns. The Shas’la pinged his comm. Pushing for rapid support, and striding in from his flank came a pair of Broadsides. Immediately the Broadsides were deluged with fire from the Thunderfire cannons. 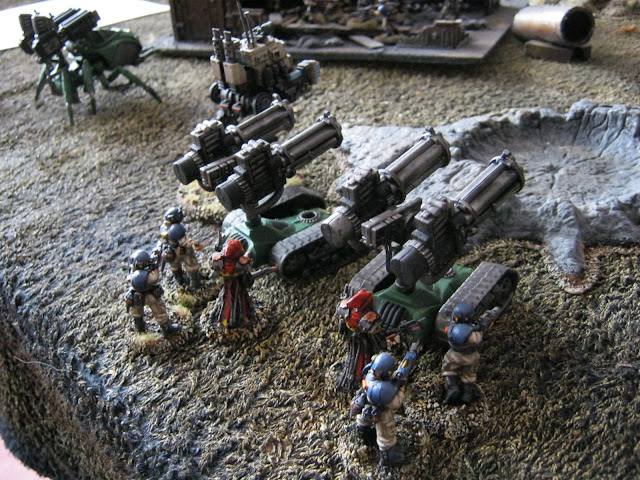 Kroot warriors pushed through the ruins, trading fire with the Skitarii but walkers moved up to combat them and their lack of armour started to prove their downfall. Further back the Tau devilfish was atomised and its firewarriors hunkered down in the crater left behind, trying to give return fire from their pulse rifles but challenged by their restricted lines of sight.
The Mechanicus Tech Magos viewed the battles progress calmly, calculating probabilities and manoeuvring their forces with an architect’s precision. Everything was controllable. Everything was programmable – even reality… with the correct application of lethal force.
They made only one mistake, but it was a big one.
Fearful of the power of the Tau Broadsides, the Mechanicus deployed their two most powerful units out of their line of fire: the Neutraliser and the Hammer Collider. In a poor position they were immediately searching in vain for targets in the dense ruins. The Tau suddenly had a chance! 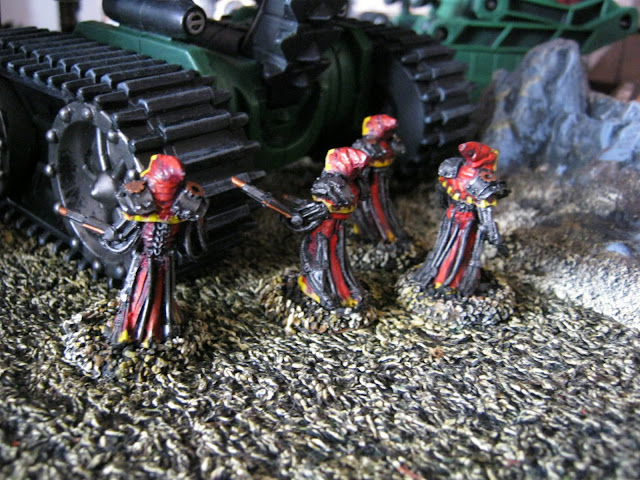 From his Orca dropship, Shas’o Shi snapped out orders both verbally and using ping code to coordinate his troops. He hesitated to send in a second valuable Crisis suit squad but if the Mechanicus could be overthrown then their technology might be salvageable, adding to the Ta powerbase. It was worth the risk.
And that was his final mistake.
The Crisis Team dropped in on their jet packs next to the Hammer Collider and immediately , the turret-mounted Plasma Accelerator targeted them, vaporising one after another. 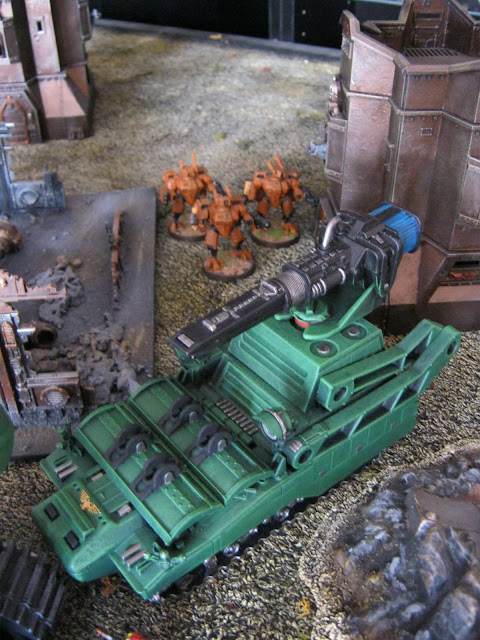 The Tau lines were shattering. All Shas’o Shi could do was to withdraw. They had inflicted painful losses to the Mechanicus but not sufficiently to gain sufficient ground. He pinged the full retreat command, giving covering fire from his hovering Orca.
The Mechanicus had won the day but the Tau had discovered something they had not wanted found out. Furthermore, the Mechanicum were clearly sitting on enormous stockpiles of weaponry that could make all the difference in the war to take Valorax for the Tau Empire.
The question now, was what would the Tau do with this information…?
Posted by Jack Finn at 11:31 No comments:

There's a new background section in the Enemies of Valorax section that will interest all fans of Chaos: the Black Florilla, the Chaos Space Marine fleet I use in Battlefleet Gothic!

They are a nasty piece of spacefaring work and full detail can be found on their background and organisation.

I'd like to play Battlefleet Gothic more but sadly I no longer have anybody who is willing to give it a go. 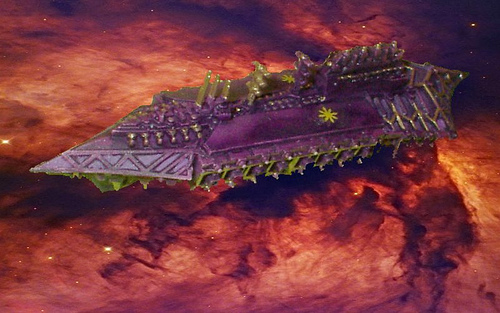