A while ago I wrote a little blog about my Space Marine Alpha Level Psyker, Goliath... Well now it's time to meet his brother, Golgotha. 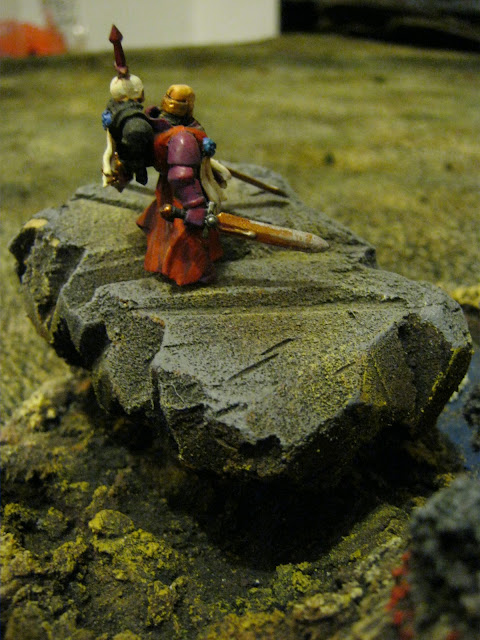 Like his brother, Golgotha is a member of my Crimson Blades Space Marine Chapter who developed incredible psychic powers and wound up being put in suspended animation until recent events required him to be resurrected. 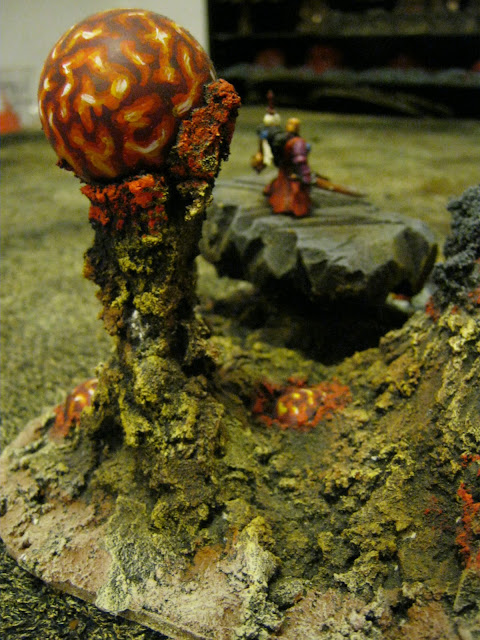 He possesses incredible psychic might, far in excess of a Space Marine Librarian. Here we see him using the strength of his mind to lift balls of magma up from far underground before hurling them forward to explosive effect. 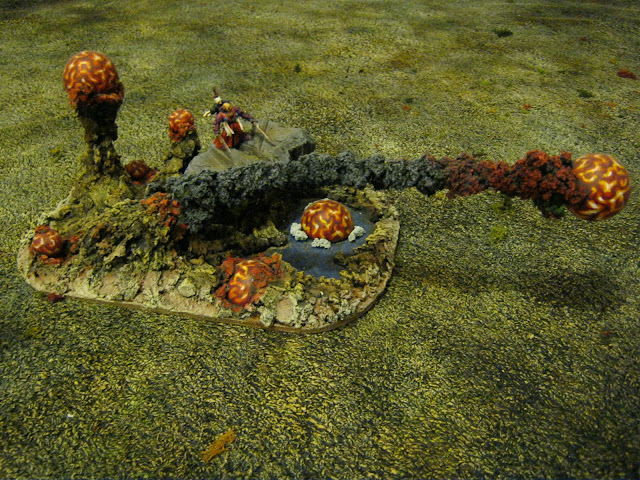 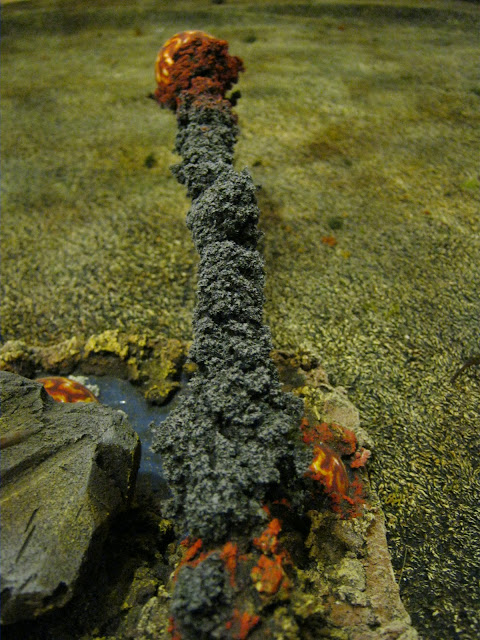 The large fireballs are made from ping pong balls, painted with a ripple effect from dark red up to orange and then yellow. ﻿The base is made from a mixture of gravel, sand, all-purpose powdered filler and PVA glue. 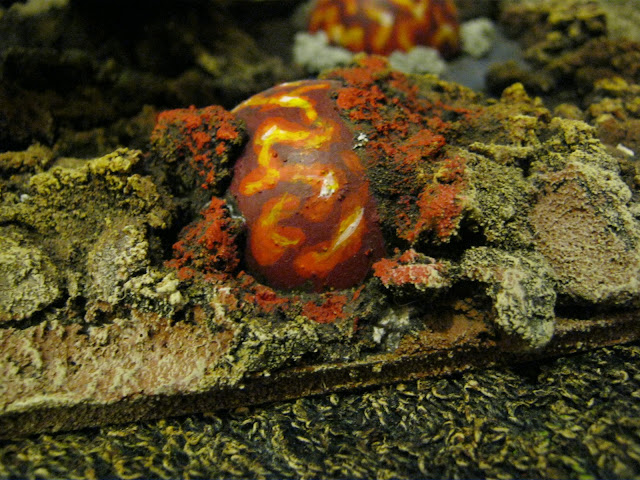 The smaller fireballs were made from little polystyrene ﻿balls I got from Hobbycraft. The smoke trail is made by a piece of stiff wire with clump foliage (basically tree foliage) glued onto it. I bought from a railway model shop. This was then dry brushed a few shades of grey.
﻿ 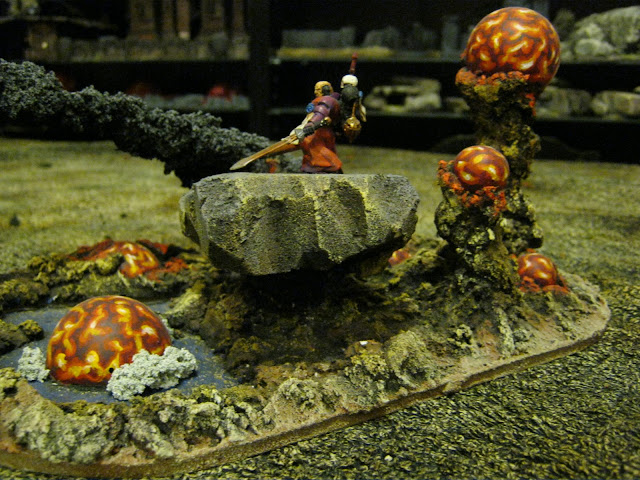 Golgotha is actually standing on a levitat﻿ed rock - it isn't that easy to tell. 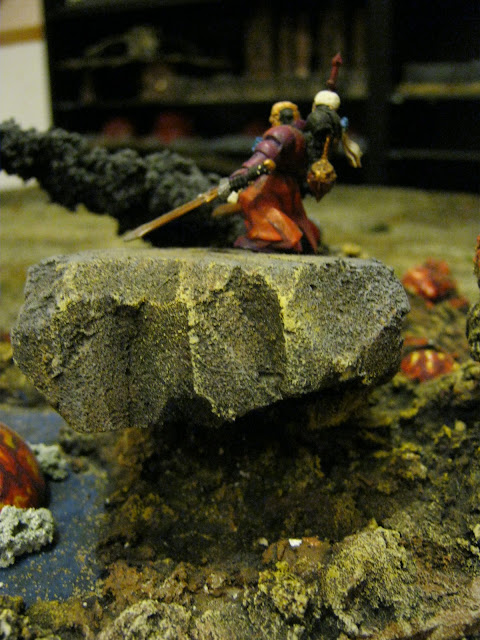 I was going all out with this model because I was hoping to get a look-in at the Best Army award at a Tempus Fugitives event at Warhammer World. I didn't win. 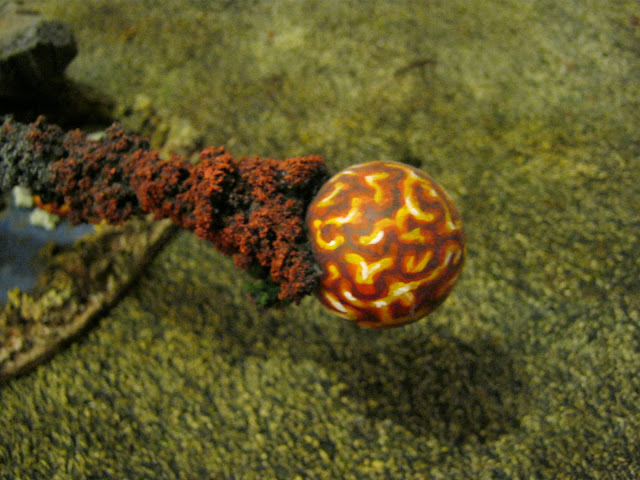 But I did get nominated. 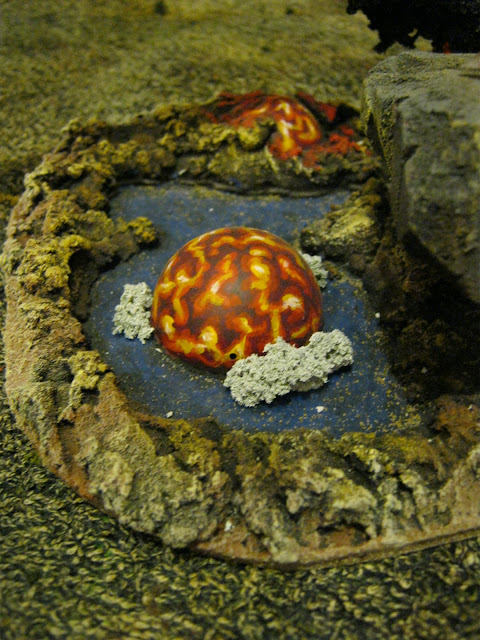 It's a pool of water at the front of the base. The idea is that bubbling steam is surrounding another magma ball being brought up from below. I like it (although the steam - made from clump foliage - doesn't look quite as I would have liked). Unfortunately three out of four people asked aren't sure what that part's supposed to be. 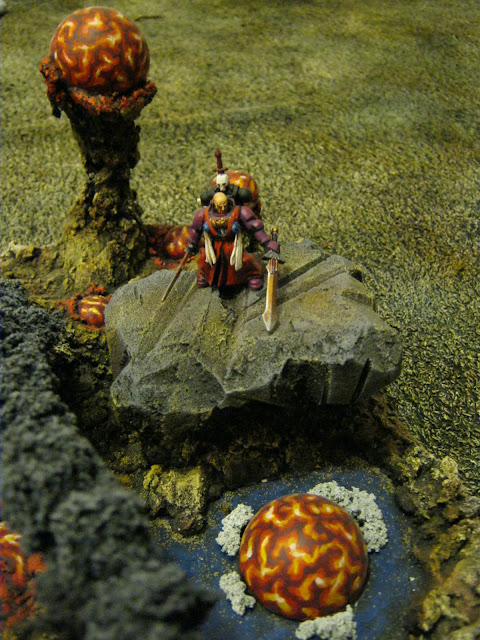 For Golgotha himself, I wanted a different look from his bare-chested brother - more regal and Librarian-like. He's made from various Dark Angels parts and was quite parts-expensive.

The rock he's standing on, by the way, is made from insulation foam.

I'm interested to hear any comments if you have any views...