And now a word from a friend of mine…
I’ve been playing against Rob for a couple of years now and not only is he a nice guy he has an annoying habit of beating me.
Rob is an independent stockiest (which was how we met originally) and sells very reasonably miniatures from his site Warscape Forty K.
The first time I heard that Forge World were bringing out a Necron tomb stalker I had to have one, if you know Necrons you know why a close combat unit like the stalker is a must. Last year’s Games Day (2010) at the NEC was the first time i saw the Necron tomb stalker and boy did it look good. The guys at Forge World had painted it so it looked like chrome and they put the stalker on a Tau piranha so it look as if the stalker was running over the downed piranha, at that point i had to have one. 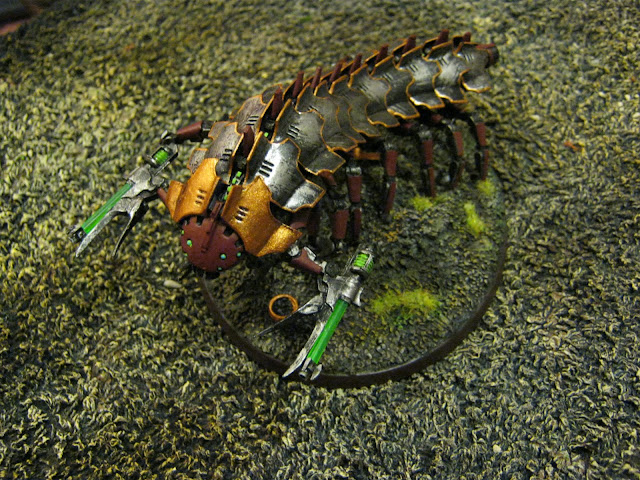 I asked for the Necron tomb stalker as a birthday present and was over the moon to get one. as I started to unpacking the stalker i realized that it was going to take all my modelling knowhow to make it. I’ve always  been told that Forge Word models can be tricky to make because of the resin and the washing needed before painting. None of that was a problem. It was the stalker’s multi parts that had to be glued together and held in position which was the problem. 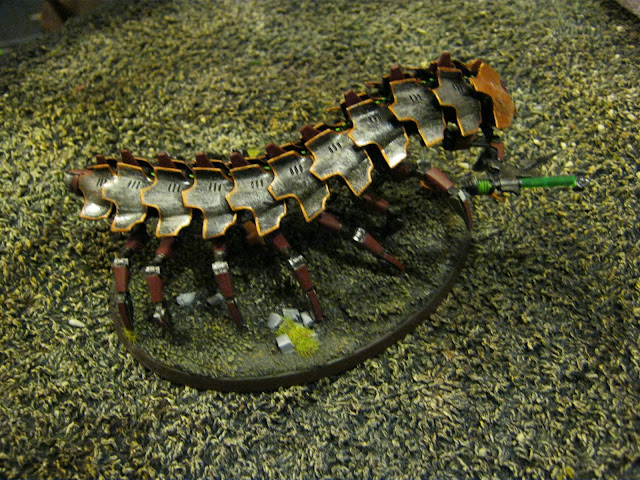 This was the first model that I’ve build from the base up. I wanted the Necron tomb stalker to look like it was coming over a mound of earth and attacking its enemy. I had to build the base then build the stalker over the contours of the mound of earth and at this point it got very interesting. As you can imagine trying to get the correct pose and making sure all the body parts and legs stayed in the correct place was a nightmare. But after a lot of blood sweat and tears I eventually finished it. I’ve now had a few games with the Necron tomb stalker and it’s a good unit to have and at 195 points isn’t too expensive. 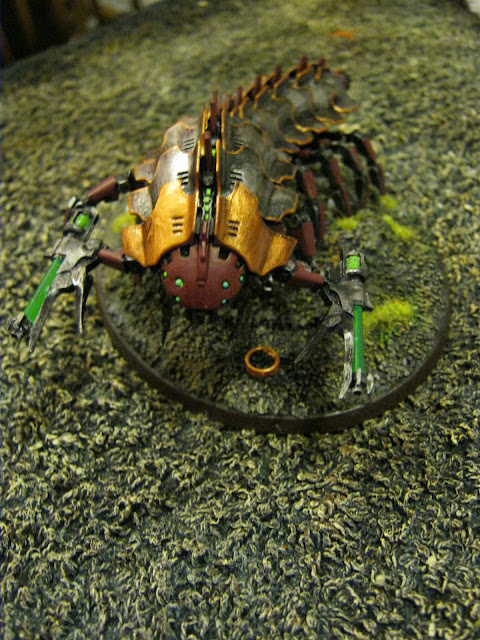