Well I did a lot of talk the other day about being inspired to get back into 40k big time but you may be wondering what became of that as there hasn't been that much movement here so far to prove that I'm doing anything.

It's that damn decking I've been building! But things are about to change. 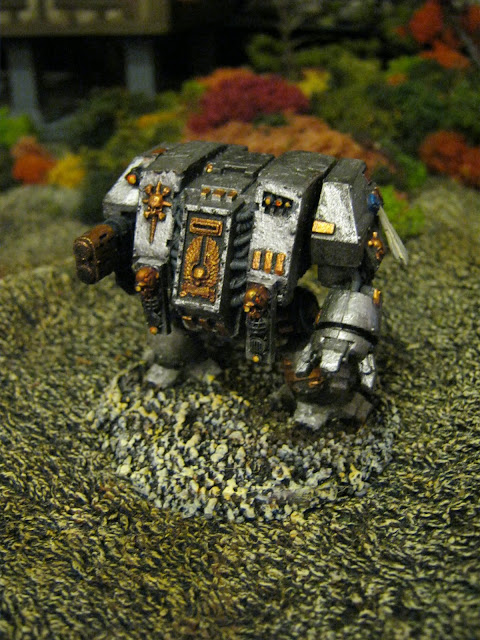 ﻿
Meet my new Grey Knights Dreadnought. This guy has been waiting to be finished for at least a year and finally I've done it. Although to be honest, I did rip off a load of crappy extra bits I'd added to make him look more impressive. Stripped down and simple he looks a lot better and I'm very happy with him. 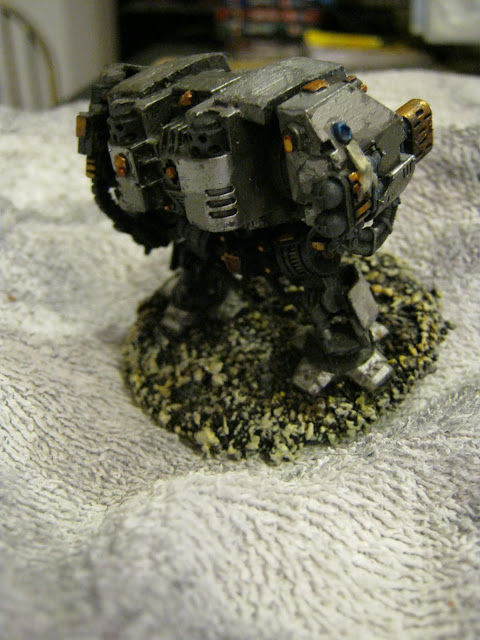 He's based on the Dreadnought that came in the latest boxed set and I had him kicking around﻿ but I want to have a push on my Inquisitorial forces so he got drafted across to the Grey Knights.
I used Boltgun metal, Black ink and then Boltgun Metal and Chainmail to paint him. The gold bits were Dwarf Bronze and then Shining Gold.
I'm in the process of rebasing and "normalising" my other Inquisitorial forces: Sisters of Battle and Grey Knights, so tune in soon and you'll get to see pictures of them too.
Posted by Jack Finn at 11:03