Take a look at my latest 40k building! 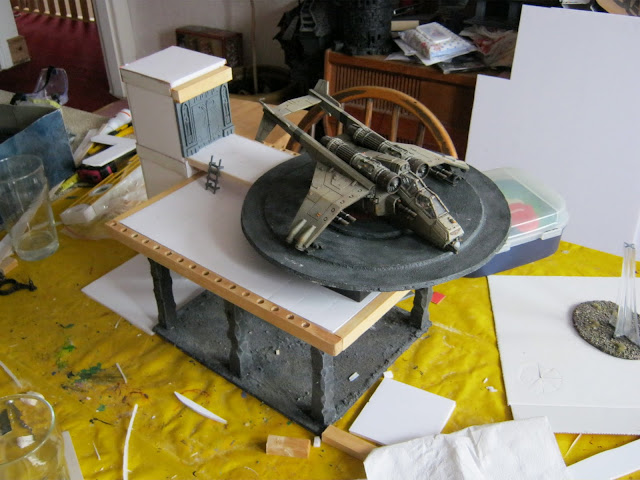 Now let's get a bit of ancient history.

Many many years ago, when building terrain for Mordheim was my overriding passion and my son, wife and I spent all our time doing it, I got a hairbrained idea to build a mayor's house that way raised up on my pillars. It was going to have a balcony all round it and a thatched roof.

I built the platform and started on the house, but needless to say, the house remained unfinished. The teddy bear fur I was using for the thatch looked terrible and the hosue itself was too squat. I lost the impetous and left the project unfinished for about ten years.

Until this weekend just gone that is.

I got it down from the shelf because I'd got me an idea. 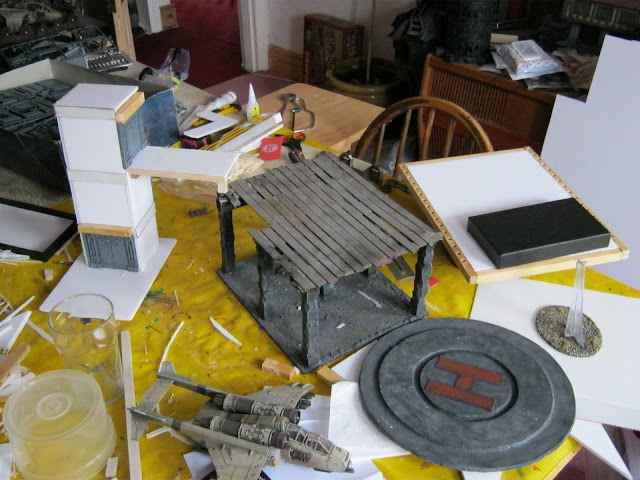 I'd been using the piece all these years in games but it never made much sense to me - there's not even a way to get up to the top. But I figured I could build onto it without damaging the original structure and bring it to life in a more realistic and useful way that I could use in games of 40k and Necropolis.

Using foamboard, I build flat upper surface to go over the platform and scored squares into it. Then using parts from an old wooden dish drainer I added a skirt that would disguise the top edge of the original platform.

I'd made a helipad years ago out of foamboard circles. I never used it and this seemed the ideal time to get it back into circulation. Raised up on a little box my wife gave me, it would look cool and the differing heights would make the piece look more interesting.

But how were characters to get to the top? A ladder would preclude taking any luggage or equipment so a lift seemed the way to go. I built one from foamboard, adding cardboard stips for a bit of sci-fi detailing and some 40k building doors top and bottom. The base of the lift is an extension to the original footprint that I kept in line to make sure it would still work in my town. Again, with a ramp going from the lift to the landing pad I felt the walkway would add another level of visual appeal. 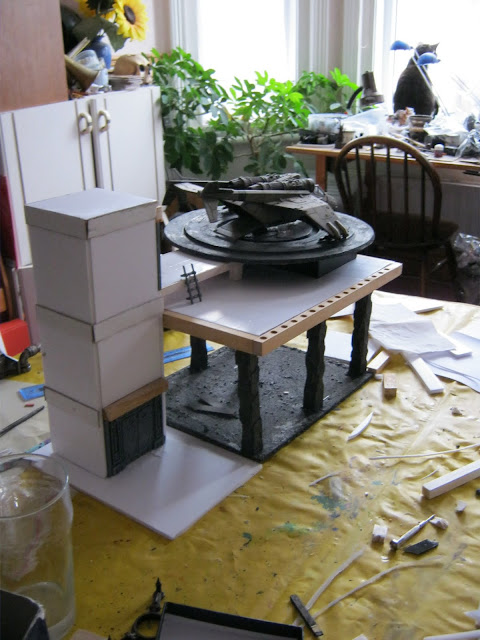 It's unpainted obviously but when it's done I think it may just look quietly cool.
Posted by Jack Finn at 09:07