The Coming of the Hellspore: Slumbering Evil

Being the report of Inquisitor Harlon Jade of the Ordo Xenos, submitted via astropath 109.997.M41
As part of my ongoing investigation into what could become a serious threat to Imperial security on many worlds, I present the following report of my activities on the mining colony of Valorax X and an explanation for my team’s extermination of all colonists.
I became aware of the threat caused by what I now call Sleepers thirty eight standard months ago on the hive world Goorad Prime. 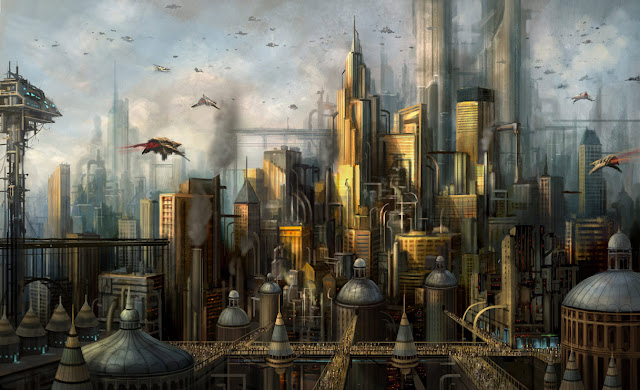 A small cell of what appeared to be eco-terrorists were apprehended in an attempt to poison a large proportion of the principle hive’s water supply. This would have resulted in well over forty thousand deaths.
On convalescence and curious, I involved myself in the follow-up investigation. During interrogation, all three of the surviving eco-terrorists, though human, exhibited odd patterns of speech and psycho-neuroses. They proved 100% resistant to all forms of torture and gave up nothing. I conducted one of the interrogations myself and must admit to feeling unsettled by the curious insect-like way that the cell leader stared at me as I severed all ten of his fingers one by one.
During post-mortem examination, all three terrorists were found to be infected by an unusual strain of the same virus they were trying to infect the hive with. Further examination revealed a discoloration of the cadaver’s bones. Although all members of the group appeared human in every physical respect, their skeletons were yellow.
With no further answers to find I closed the investigation, completed my convalescence and moved on.
Twelve thousand light years and many months away, my ship approached the mining colony of Valorax X for much needed supplies. We were welcomed to dock and trade but when my team and I boarded we found the colony almost deserted. It was run by a skeleton crew of eight. We accepted their hospitality, however feeling nauseous, I declined their offer of food. It was that happenstance that saved my life. 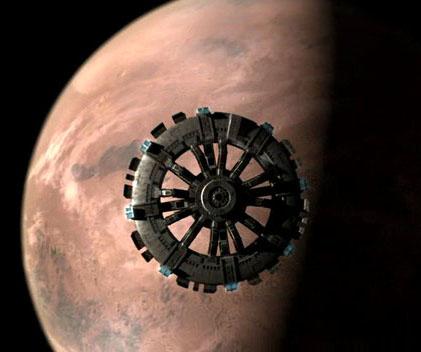 Half way through the meal, the team I had taken with me began to convulse as though violently ill. Simultaneously the eight crew members entered the hall carrying light arms of obvious xenos manufacture. I fought them off and fled back toward the docking bay, calling for help on my com.
Suddenly however, the halls were filled with abhorrent yellow-skull-faced colonists, all reaching for me, using makeshift weapons in an attempt to apprehend me. I was captured and taken back to the dining hall.
The link between my investigation on Goorad Prime and this chance encounter was clear. The distinctive yellow skulls of my captors as well as the odd glassy stares of the apparently human “colonists” made it definite. Most horrifying of all was seeing several more of the leering skull-faced creatures wearing the clothes of my team mates. The poison in the food had evidently caused a transformation into these monsters.
One of the human-looking fiends began to prepare an injection of yellow fluid and I started to form an impression of what had occurred here. These “sleepers” - the human looking ones had not been part of the original colony. They had arrived as we had and used their macabre drug to transform each of the colonists into one of these skeletal spectres, just as the team on Goorad Prime had attempted to do to the entire hive. They wanted to infect me too; possibly with a variation that would make me like them; and use my ship to move on.
Before I could be injected, the remaining members of my team stormed the hall and rescued me. Every one of the skull-faced abominations was killed, though several more of my men were cut down as well. The sleepers were also exterminated.
On further investigation throughout the station, it was clear an exodus had been planned. Ships had been made ready for departure.
I now believe that these sleepers, and the virus they insidiously try to propagate could cause severe problems for the Imperium. If this vile corruption spreads exponentially, it could soon form a major threat to our dominace of this area of the galaxy.
Posted by Jack Finn at 11:42