Mechlock in Flames - Part One: Blockade at the Razor's Edge

On the eastern coast of frozen Kaltirey, Mechlock Base was under siege.
The greenskins had landed scorchward of the base and already rolled over the outer defences. There were only a few miles of barren snow now before them and the installation and when that fell there would be little to stop them consolidating their position on Valorax and claiming the whole of the Gales Peninsula. From there they could strike in any direction, perhaps most frighteningly against the already beleaguered capital of Qualitat on its island in the inner Sea of Gore.

The innermost defence line around Mechlock Base had long since been christened the Razor's Edge. It was here that the penultimate stand against any invasion attempt would be held off. It was here that the men of the Valorax Guard, the Stormriders of Kaltirey, would fight until the yawning edge of death to defend their greater position.

The defensive line was made up of lines of bunkers and bastions, each layer designed so that troops could fall back and back if necessary, giving inches to protect the miles beyond. But the Orks cared little for defensive strategy. They flooded over the lines, cackling as they incinerated all resistance in a great swath of turbulent willpower that stretched kilometres in both directions - one gigantic horde of green. 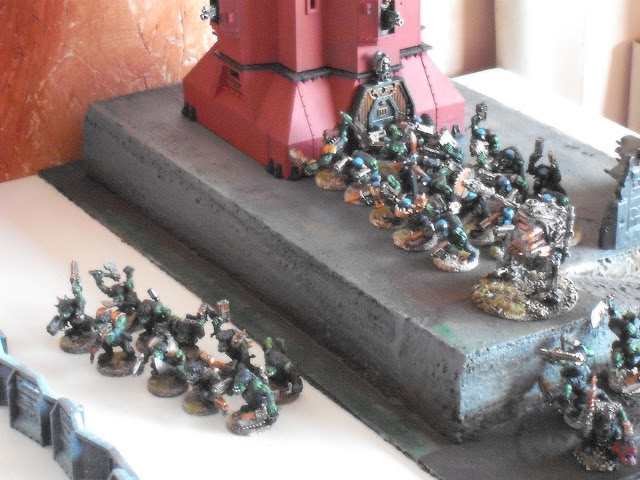 And in the last line of bunkers, the Stormriders unlocked their weapons and slammed freshly charged magazines into the undersides, levelling the barrels out across the lines. There was no need to aim; such was the overwhelming number of Orks rushing down on them. There was only the need to shoot and keep shooting; reload and shoot some more. 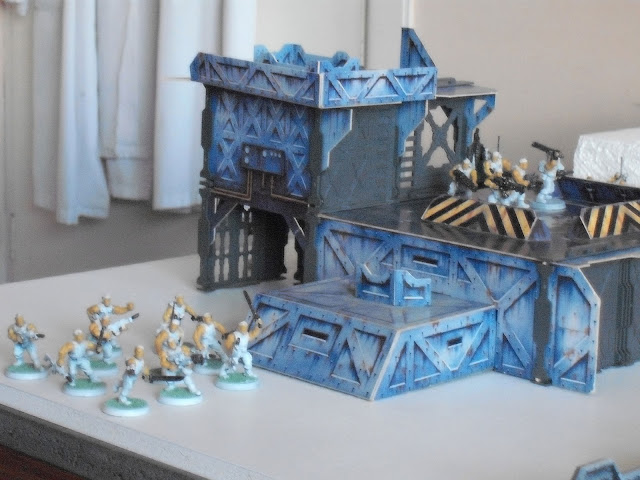 A few Boyz fled in panic but the tide kept coming en-masse. The gestalt consciousness of the mob cared little for individual deaths. It was frenzy. It was a riot. It was unstoppable!

A Valkyrie scratched across the sky raking the Orks with its multi laser but an errant round took out the weapon and as the veteran troopers inside spiralled down to the battlefield on rappel lines, hoping to stall the advance, they were torn to pieces by Nobrod and his bodyguards. 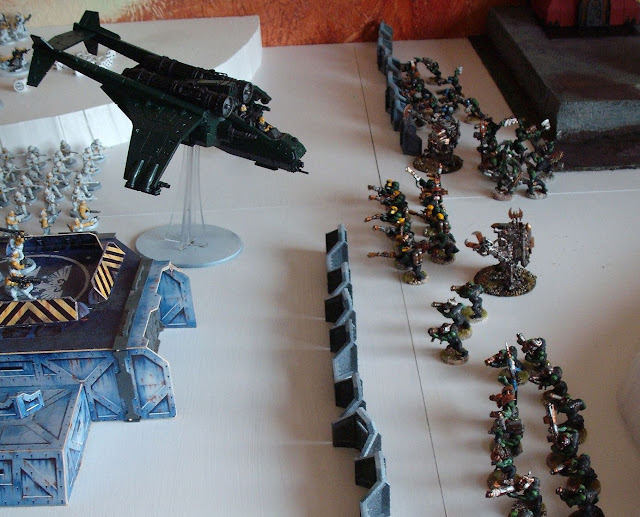 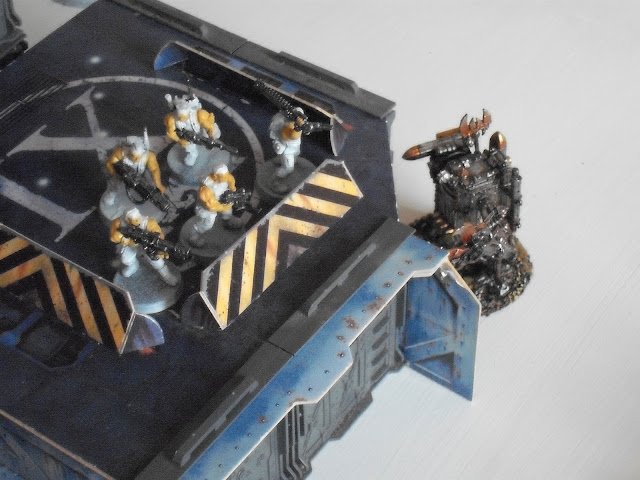 The line was crumbling. Nothing could stop the Orks. Only the heroism of the mass of conscripts stationed there proved incorruptible. They died to a man but not before fighting on and on and on, long enough for their central command to come to their aid but not long enough to survive. 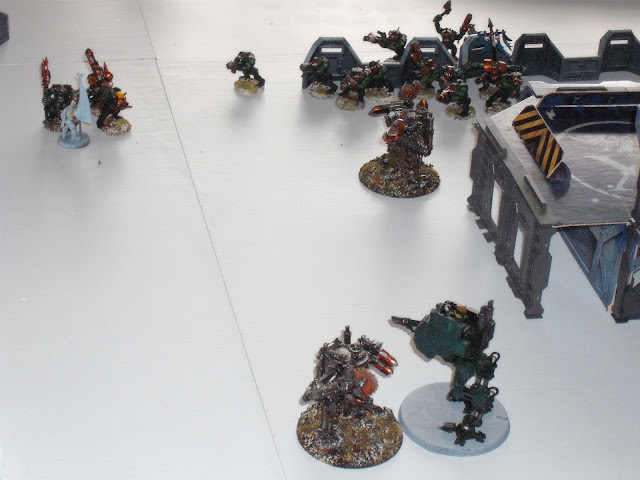 Nob Rod and his Hard’Onz hacked and stomped, laughing and roaring until every last human at the Razor’s Edge had been eliminated. Then Nob Rod bellowed a challenge into the freezing air, raising his power claw high.
Between him now and the inner gunline of Mechlock base was only half a mile of razor wire, mines and auto-tracking weapons. The humans were as good as dead.
And in answer to his cry, something huge crunched the icy ground fifty yards behind him. Some vast shadow passed through the gun-smoke. And then a ghastly discordant horn sounded from maybe sixty feet above the Warlord’s head as two gigantic metal feet came down on either side of the Ork leader.
Posted by Jack Finn at 10:35