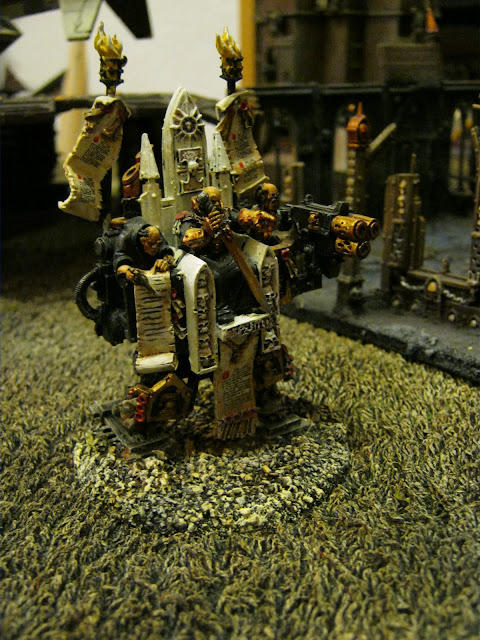 Inquisitor Lord Karamazov﻿ is an amazing character. He’s got one of the coolest back-stories of any character in Warhammer 40,000 (it’s hilarious), and he’s also a particularly nice (if expensive) model. In fact Karamazov’s history and personality perfectly represents the crazy darkness of the forty first millennium. This is a completely uncompromising chap who makes life hell for all around him, all in the name of a greater good that will never come.
He is funny in so many different ways, chief of which being what a great target he would make sitting on this throne waddling into the middle of a battlefield. But what the heck! It doesn’t matter: he is pure coolness.
Now Karamazov is a very powerful figure but he’s also a big target (which can be a bonus in itself: drawing fire away from other units). With his move and shoot Multi-Melta, he can pick out vehicles and heavy infantry as he approaches his close combat target. He hits and wounds on a 2+ against most enemies with AP1 so he’s perfect for taking out just about anything: just point and they’re pretty much dead. 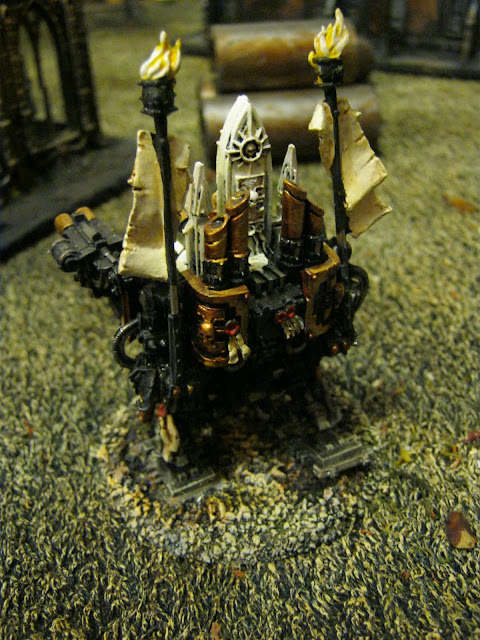 But he’s also great in close combat: rerolling one miss per turn, wounding most things on 2+ and ignoring armour saves. He can do a lot of damage, and with his four wounds, 2+ save and Rosarius 4+ Invulnerable, he can take it on the chin without flinching.
If you have close combat units then they should be close to this guy. He’s good, but added support will get him chewing through enemy units that bit quicker; and close by units benefit from rerolls of morale and pinning tests as well as the +1 Attack once per game that his Inquisitorial Mandate provides.
This guy needs to be fighting tough opponents and taking a poke at vehicles but there’s something to be said for hanging back a little bit until the Multi-Melta has done everything it can. Once he has taken out priority targets then get stuck in there!
﻿
Posted by Jack Finn at 23:41