On the Painting Table: Honoured Imperium

Last year I lost my job and in a difficult financial and troubling time my good friend Joao stepped up to bat to prove he was a good buddy. And he bought me the Honoured Imperium boxed set to cheer me up.

Well I guess things happen and you don't always get round to things one way or another; but one day you do and this particular blog is a big thank you to my good friend. 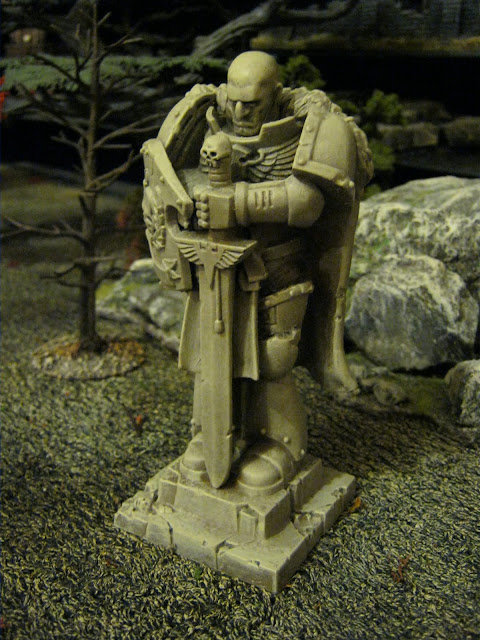 These two scenery pieces are pretty cool. I remember seeing the Aquilla (below) before it came out in a White Dwarf or somewhere and thinking it was just plain amazing!

It's nice to add an extra bit of coolness to the gaming table and hopefully these will do that.

The statue was actually painted the same colour-scheme as my Imperial Guard Chalice Tridents: Graveyard Earth, Kommando Khaki and then Bleached Bone. It's a more benign way of doing cream-coloured stone than my old method: Bestial Brown followed by Bleached Brown: the goal with anything like that being a slow progression of similar colours rather than a big jump from one to another. 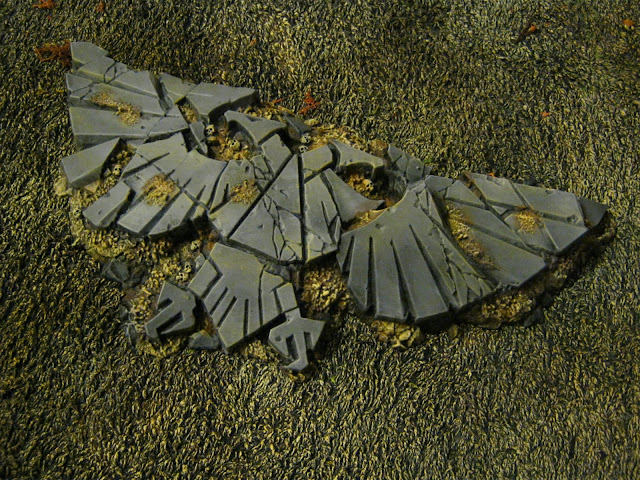 The Aquilla is the usual range of greys from Astronomicon to Fortress via Codex.

Notice the yellow tinge though. That's the wonderful Bubonic Brown - perfect for that touch of weathering.

They were a long time coming but I'm glad they're here.