Well isn't this a beautiful miniature: 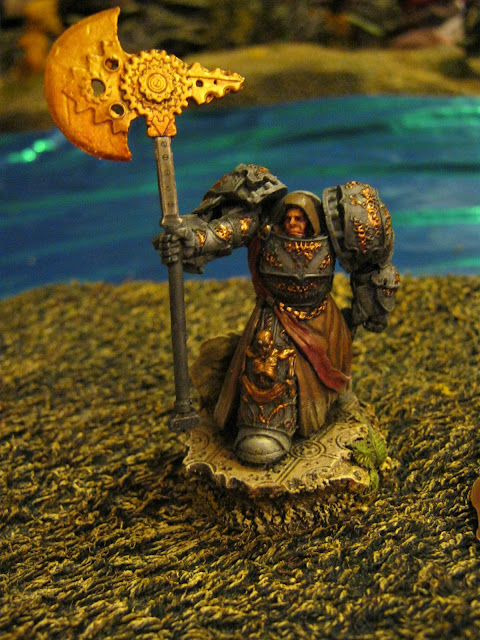 It's one of the nicest miniatures It has ever been my pleasure to paint And I completed it in a very short time. It's from Scibor's SF range (basically beautiful space marine copies on the whole) 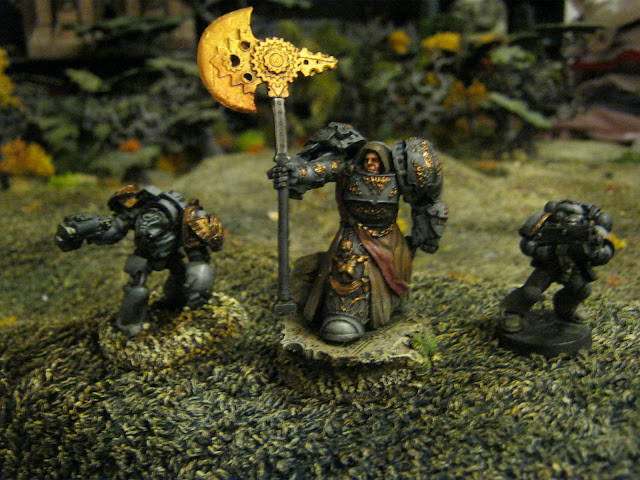 He is standing on a plinth, but even so... I'm capable of justifying some things but this is pushing it a little.

Having said that; he is a hero level character and is probably closer to the correct scale that space marines ought to be. I plan to write something into my background about the heroes from my chapter being bigger somehow blah blah blah.

It's a bit annoying though. I'm doing the same thing with characters for my Mordheim warband that I bought from Banelords.

It's just a case of using the same size armature. It's a simple decision that a lot of alternative miniature suppliers aren't making. I know they don't want GW to determine everything but they are the market leader and they are trying to make money off GW marketing. I think they should try a bit harder to match sizes.

I bought a sorceress off eBay last year and she was gigantic! 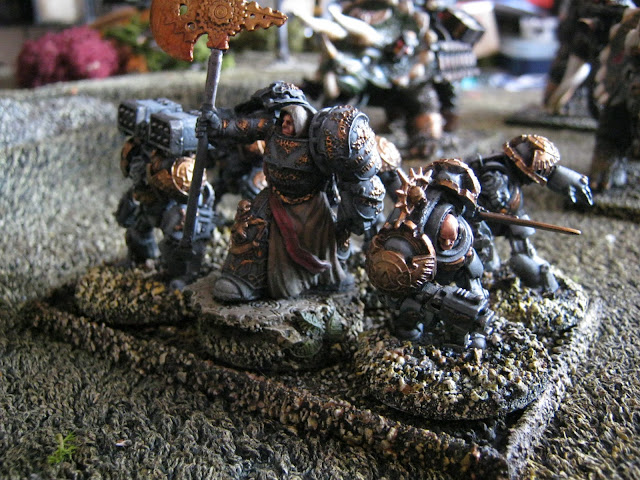 He actually doesn't look that bad when placed in a unit. And he is such a nice model I can overlook his faults. 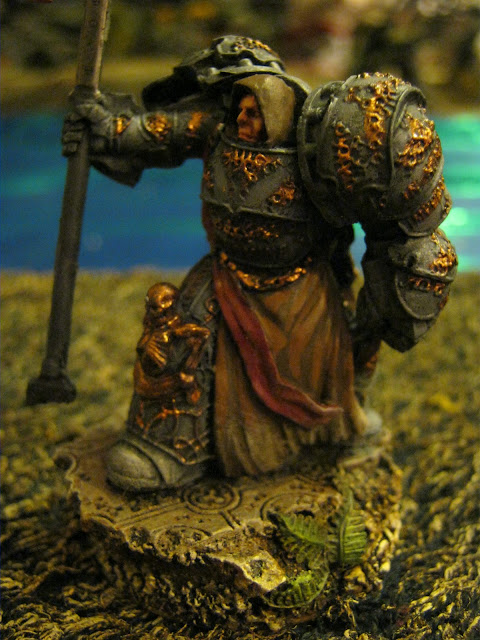 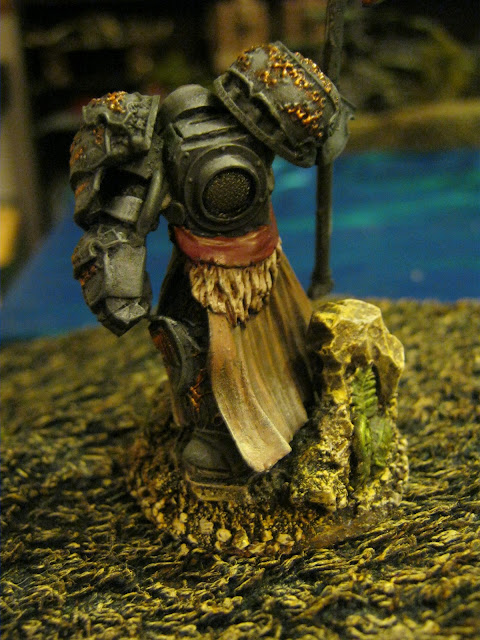 The alternative back vent is a real feature, with various designs on other Scibor miniatures. The other models in the range have to be seen to be believed.

Go and check them out. 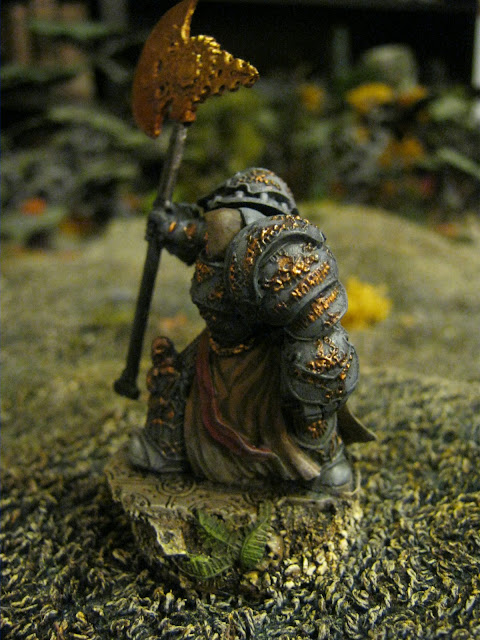