The surprise battle within the outer reaches of the manufactorum had disrupted the Tau interlopers but the Adeptus Mechanicus forces had withdrawn deep into the structure and down into the underground levels.

The Tau had been unaware of their presence here but this was obviously another new faction with designs to take control of Valorax VIII. With their initial scouting force devastated, the Tau commander had to make a difficult choice: commit more troops for a deeper exploration or withdraw.

If they pulled out, it would give the Mechanicum full freedom to consolidate and expand what was clearly a new army. That could cause problems later on. In the meantime, an assault now without knowing the full scope of what they faced could be fairly damaging.

But it needed to be done. 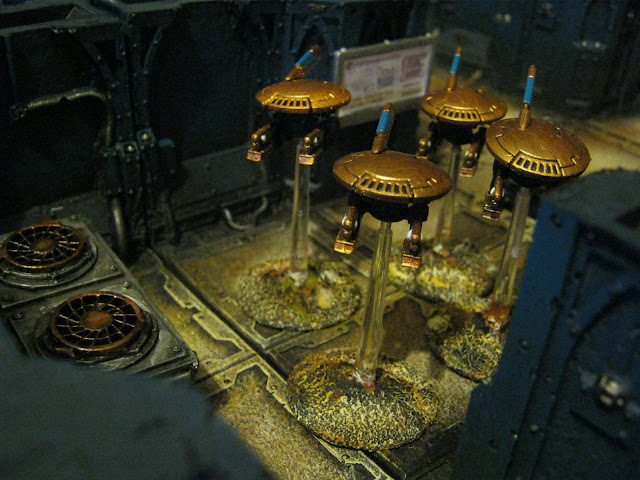 Linked Gun Drones drifted into the outer reaches of the underground manufactorum, scanning for danger. There was no movement in the shadowy corridors but active datascreens suggested recent and ongoing activity. Unlike many of the other complexes, this one was fully operational.

Fire Warriors and Crisis Teams followed them in, scanning left and right with their pulse weaponry. 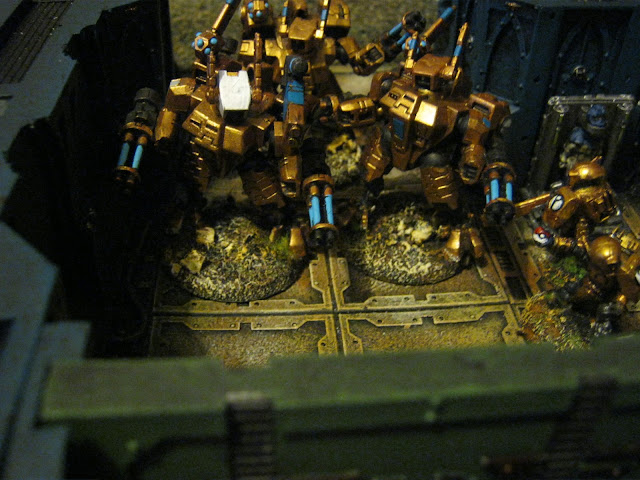 But the Mechanicum forces were lying in wait. And though all reports had declared the stout Squats to be extinct, a sizable security force was assembled here and waiting. 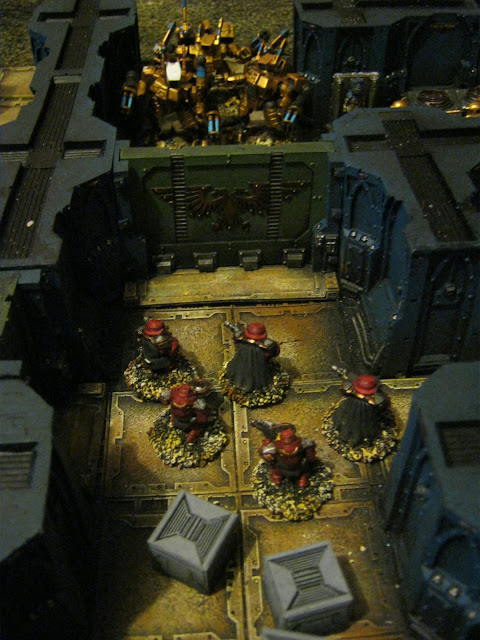 As the intervening door came open the Squats opened fire, riddling the Crisis Suits with bolter fire as the diminutive abhumans took shelter in a storage chamber. 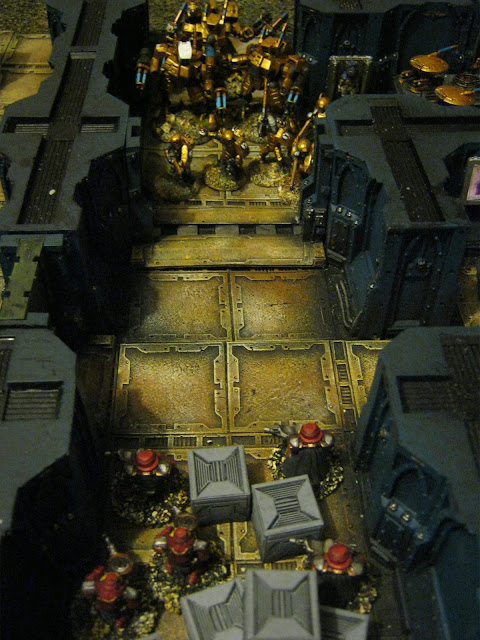 Then from behind the Tau incursion force a Mechanicus Aphid scuttled into position, letting fly with dozens of tiny warheads, striking down the Crisis Team before they could shoot back. Now the fire Warriors were ready for them though and they let fly with volley after volley of concentrated pulse fire, driving the space dwarfs back. 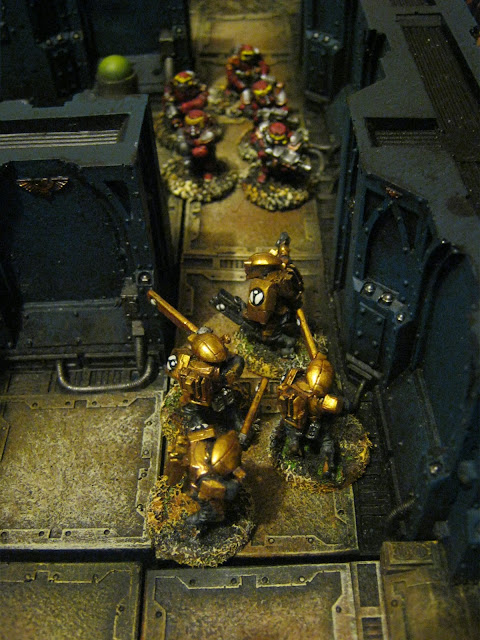 Further Gun Drones glided into place as a Stealth team took up position before the next doors.With the initial resistance overcome, the Tau were able to funnel more and more troops into the narrow corridors now and their sensors told them there was a command centre behind the next door.

Making ready, they blew the locks and charged through, burst cannons spraying the interior. 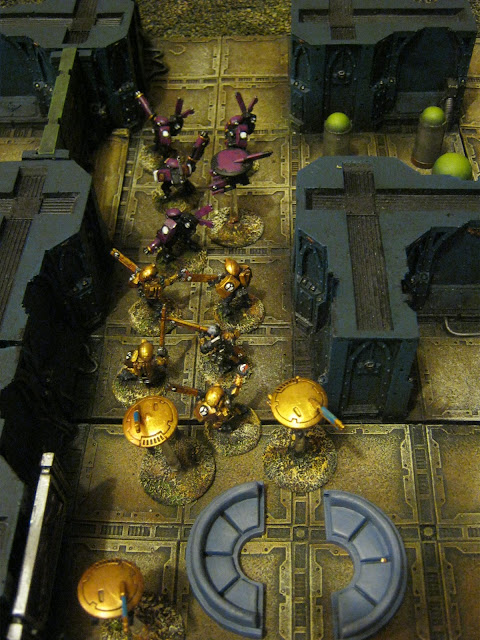 Their sensors were right. Adeptus Mechanicus tech priests were manning the consoles, frantically working the controls, but the Stealth Team gunned them down before they could finish what they were doing.

The Squat commander hurtled forward from his command station to beat them back but there were too many of them. With reinforcements elsewhere in the complex he had to stand alone and even his great strength was insufficient.

He was hosed down by pulse rifle fire and fell to the ground dead. 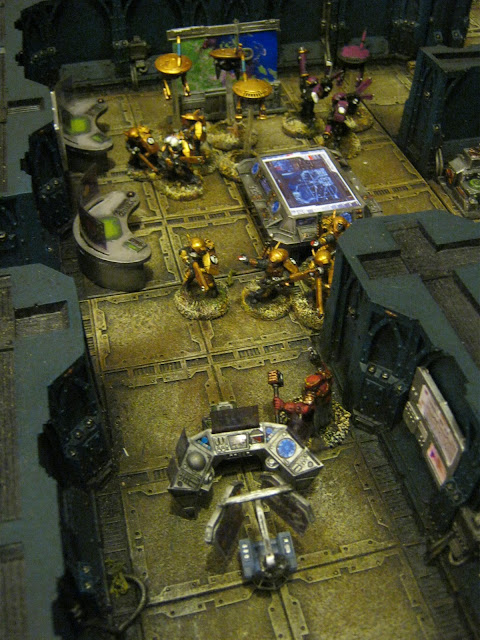 Whatever the Mechanicus had been trying to do here had been foiled but more questions remained.

The answers lay deeper underground and there was only one way to reach them.
Posted by Jack Finn at 21:15