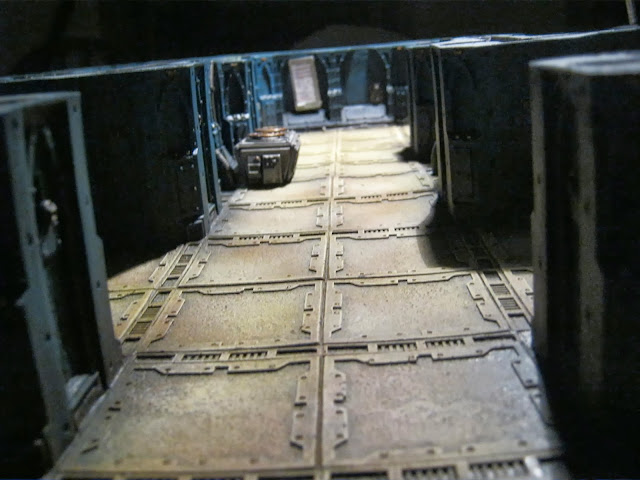 Corridor after corridor without activity - no sign of life and only emergency power. 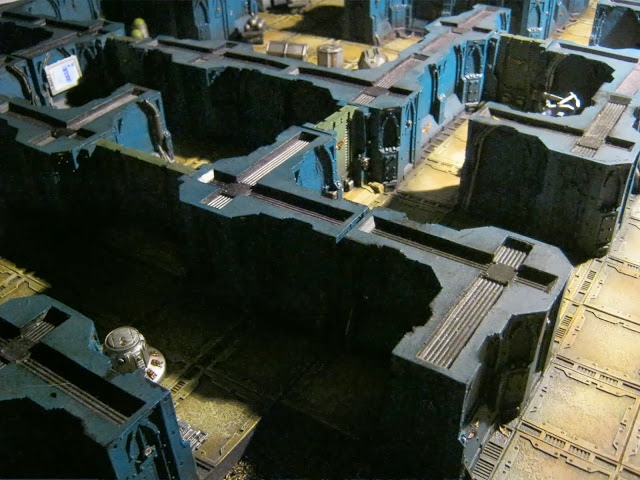 Whatever use the Adeptus Mechanicus had made of this place, it seemed abandoned now and the Tau moved through it, looking for signs that resistance remained. There seemed to be none but still they proceeded cautiously. 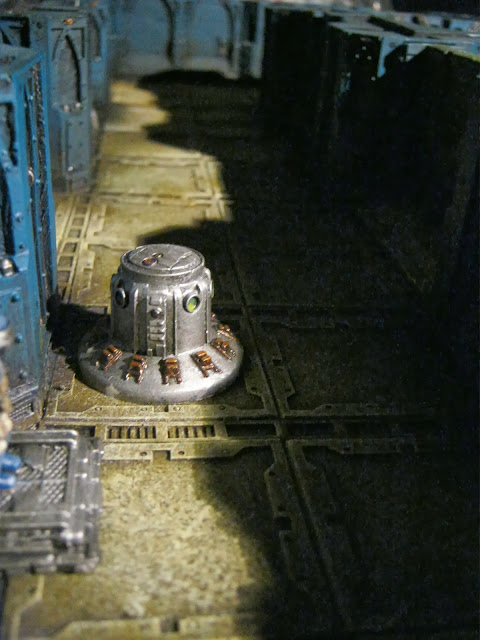 But it was clear that all the tech adepts had withdrawn. Every Squat trooper had gone with them. Something big had been planned here and prepared for but after the initial defence the Mechanicum had pulled out completely. 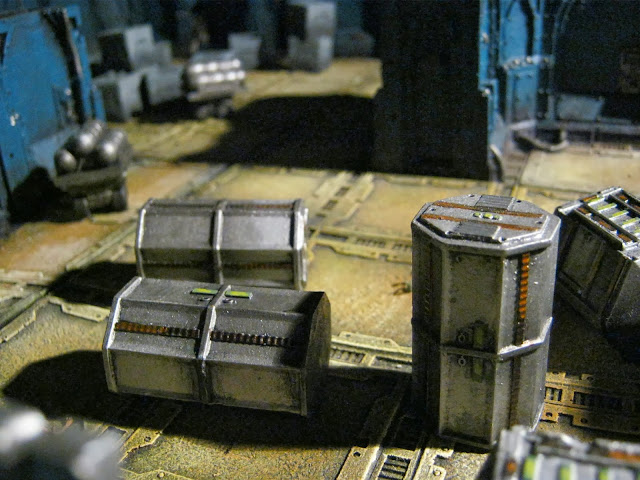 Canisters and crates had been left behind containing weapons and other equipment. Obviously a major offensive had been organised from here, but the half human, half machine creatures had deemed a strategic withdrawal wise against the losses they might have taken. 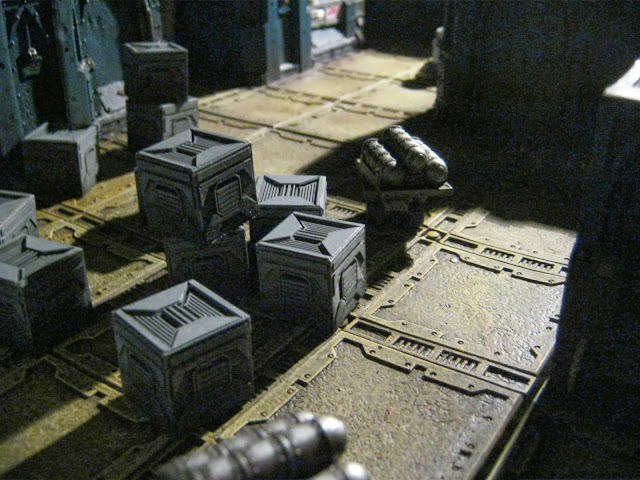 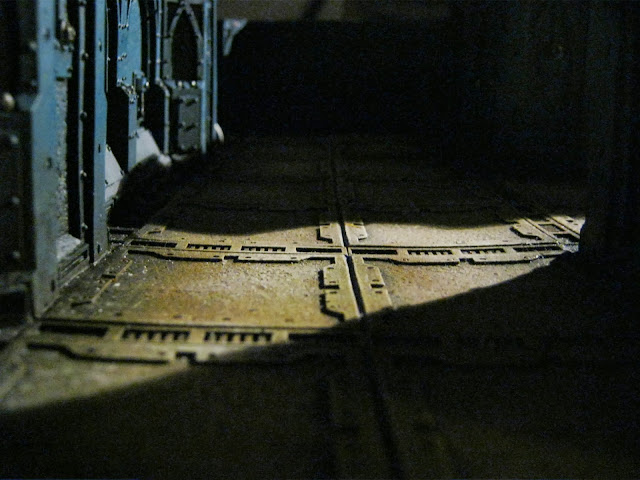 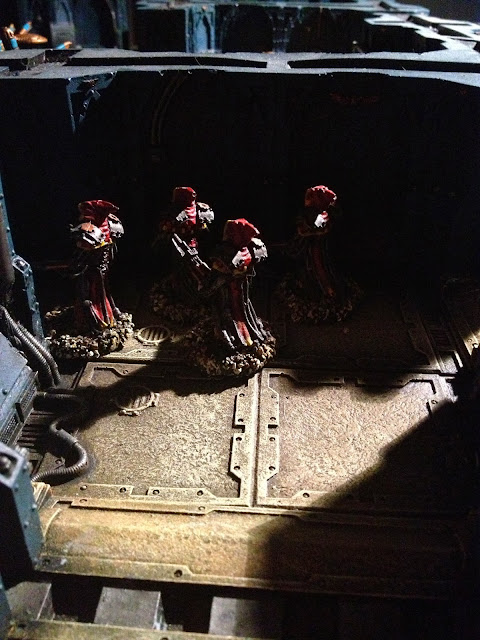 Scuttling through the shadows, Squat defenders still remained, carefully checking their bolters and plasma weapons, readying themselves for a final rearguard attack to give the rest of their forces time to completely pull out. 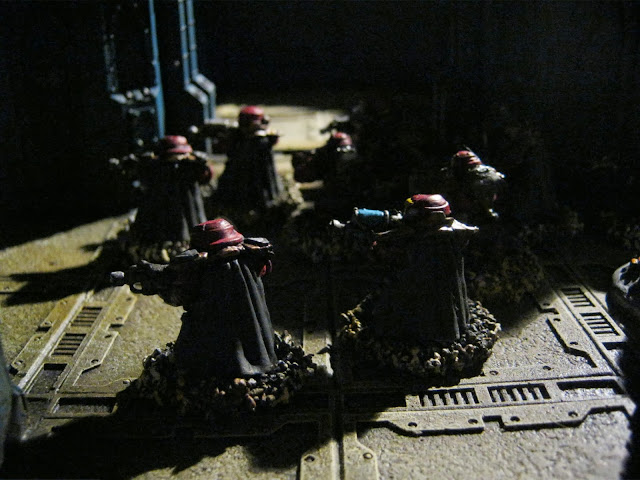 Aphids crept into position. On their tracked units, Thunderfire Batteries prepared to fire. 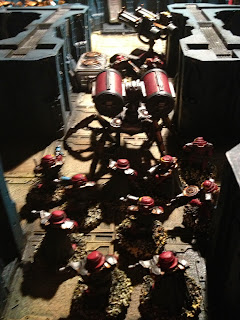 And then suddenly the Tau attacked, sweeping through the complex, blasting out with their pulse weapons, carbine barrels revolving rapidly. 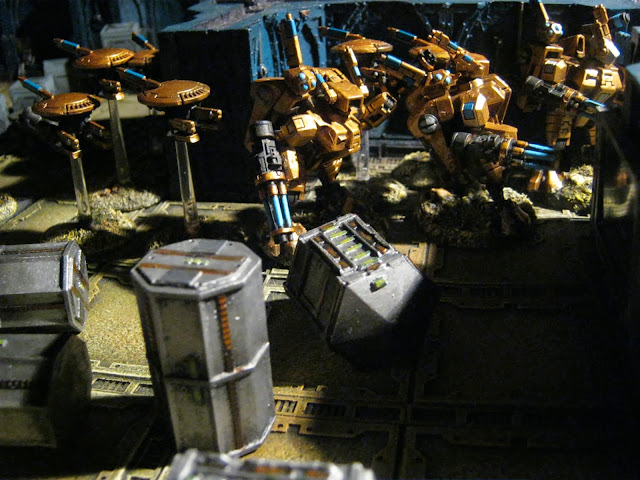 The Squats stepped forward from the shadows, entering battle,blasting at the disgusting and tightly-packed xenos interlopers. Fire Warriors fell but the Crisis Suits were forming the vanguard and their tough armour repelled the bulk of the small arms fire as they took down the defenders with cruel precision. 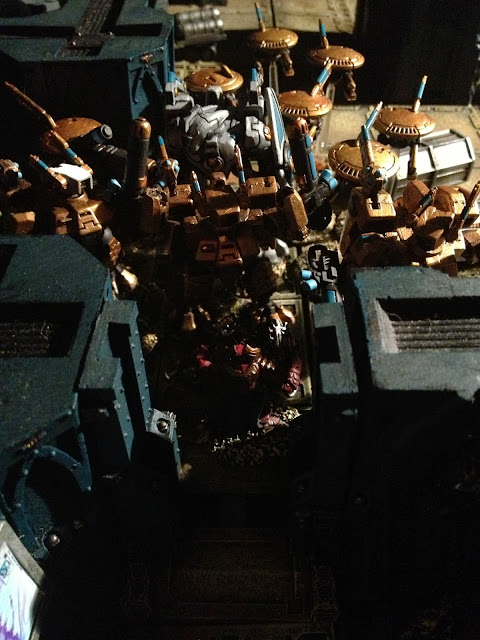 The Squats had never expected to win.

Their purpose was only to delay the aliens while the docking bays were cleared of transport craft. They had no withdrawal plan for themselves and fell one by one, roaring in challenge proudly.

The Tau didn't care. They pushed through, exterminating each and every single member of the Mechaicum defensive force, clearing every corridor until not one remained breathing. 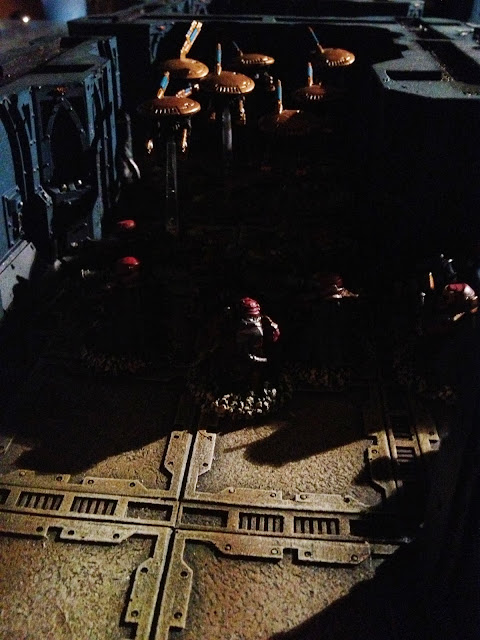 But this left them with no answers.

Something was brewing. The Adeptus Mechanicus were surely building an army. But why and what they would do with it? These things remained unknown. 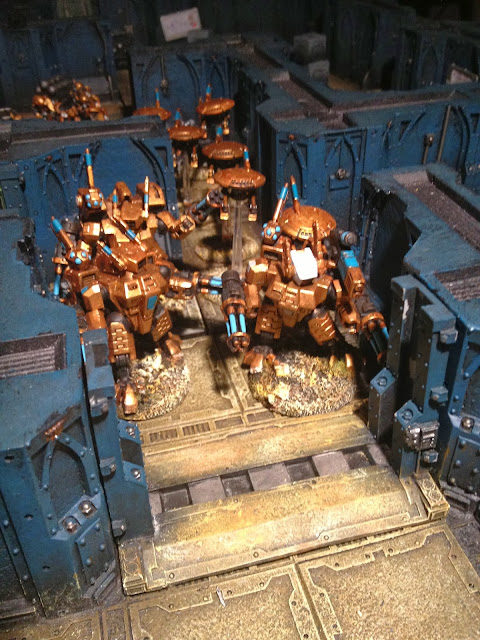