Close to Valorax IX, at Chilltaste Station, an orbital space dock, once used as a docking point and relay point for mining shipments but now lying derelict, the remains of Battlegroup Myrmidon regrouped. 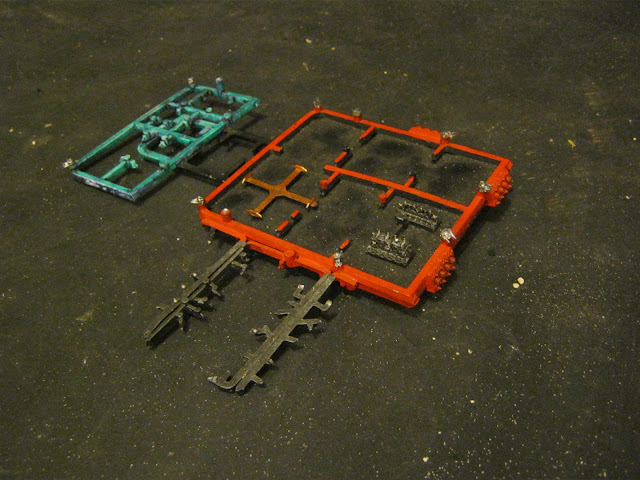 The Gothic cruisers were joined by three more capital ships from Battlefleet Carrion, a Mars and two Dominators. Their message for reinforcements had been heard and a yet larger force, far more than would be required to crush any attackers, was on its way.

But they did not have unlimited time. Already the Ork fleet had consolidated its strength and was closing on their position, newly determined to break through to Valorax VIII and land their forces. This time the Imperial ships did not have the luxury of clear field of fire and long range. The Orks ships were almost upon them by the time they managed to bring their ships about. 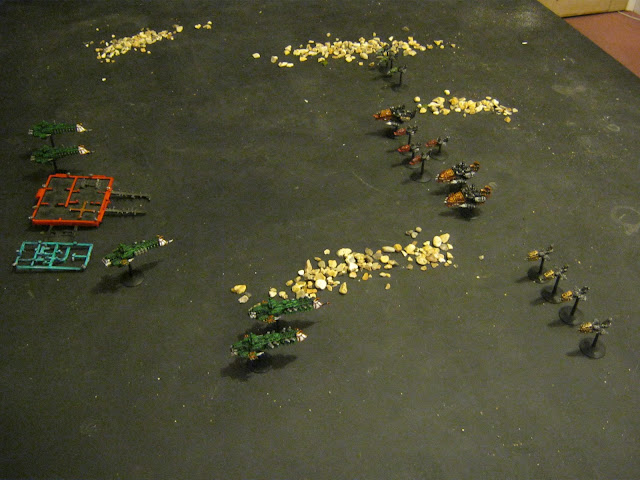 This time there were two Kill Kroozers and a Terror Ship backed up by yet more flitting escorts. Almost before they had chance to react the Ork ships blasted into close rang, coming too close to be targeted by the nova cannons, but they were still taking tremendous damage from the lances and weapons batteries of their enemies.

Then the Onslaught  Attack Ships powered close to Chilltaste Station and locked on, unleashing all the power of their weapons as Savage Gunships closed in behind letting fly their torpedoes. The impacts struck the space station and ripped it apart, blowing it to smithereens so that all the Imperial ships could do was avenge it.

Then not one, but two Doom Spheres came into range of the battle, drifting in from the flank, and Captain Lane of one of the original Gothics realised that their time had run out.

The other ships continued harassing the Orks, ignoring the pleas of Captain Lane to ignore them and turn their attention to the spheres, then the dark black ships unleashed their payload of violet energy.

The shields on both Gothics fell and all but one of the Ork escorts approaching them was wiped out in a string of fiery explosions.

"Turn about!" bellowed Lane. "Now! Ignore the Orks! You have to target the Doom Spheres!" 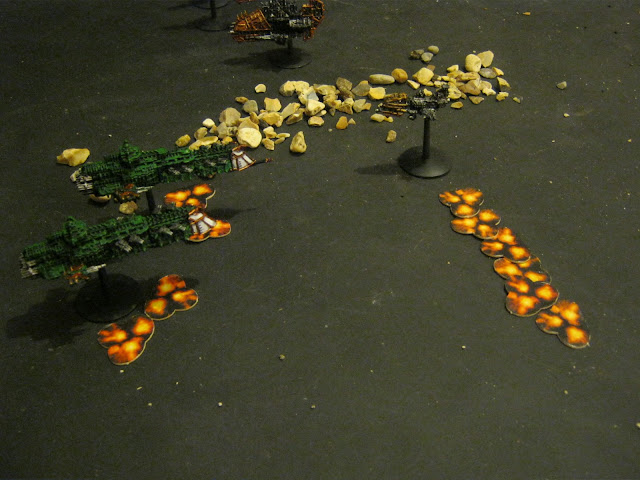 A split second later, first his ship, then the other Gothic, were obliterated in fiery death, utterly eradicated under the impossibly powerful lance fire of the Doom Spheres who moved inexorably toward the rest of the battlegroup.

The Ork ships were already breaking off, running silent. They knew the power of these approaching weapons of total destruction and the remaining Imperial ships had no choice but to follow them, to flee before this slowly approaching enemy. 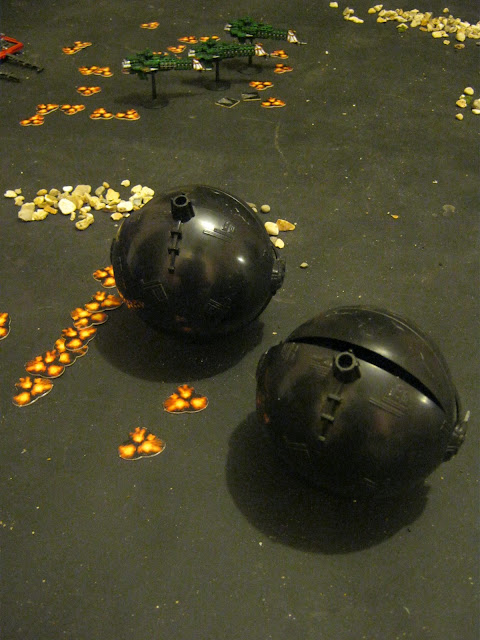 The Imperial ships broke off and fled and the Doom Spheres moved every closer to Valorax Prime.