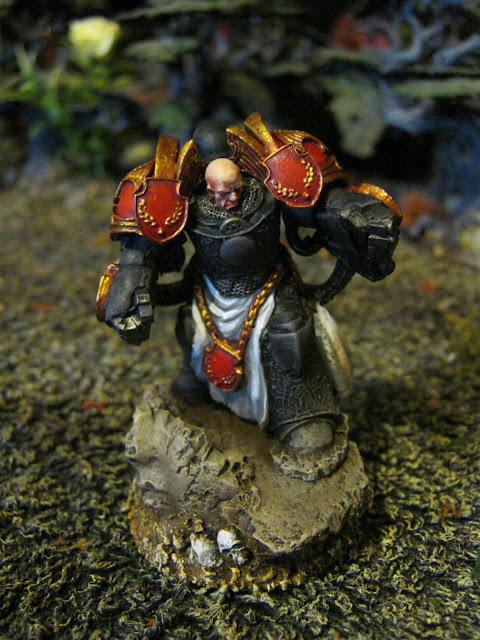 The man who would one day become the Captain of the Second Battle Company of the Crimson Blades was born on the poisoned world of Penal-Col-2139B#0653Z, a prison planet where the worst scum of Segmentun Tempestus were sent to wait. If they didn't die within this most harsh and deadly place where the air was unbreathable and the gravity was crushingly dense, then they would be collected and shipped to warzones throughout the segmentum to be thrown casually and carelessly into the worst meat-grinder conflicts imaginable.


Damien Gord's parents were savage killers both, who met on the penal colony, shared little affection and rutted only to express their carnal appetites. Both were natives of Carpelia, as were many of the colony inhabitants, and as such their sun inherited their abhuman physique: overdeveloped musculature and enormous size.

In the cauldron of hostility that existed on Penal-Col-2139B#0653Z, Gord quickly mastered the skills he needed for survival; the strength of arm and will enough to fight off all attackers and establish himself, even as a young teenager as a powerful force of influence among the inmates. 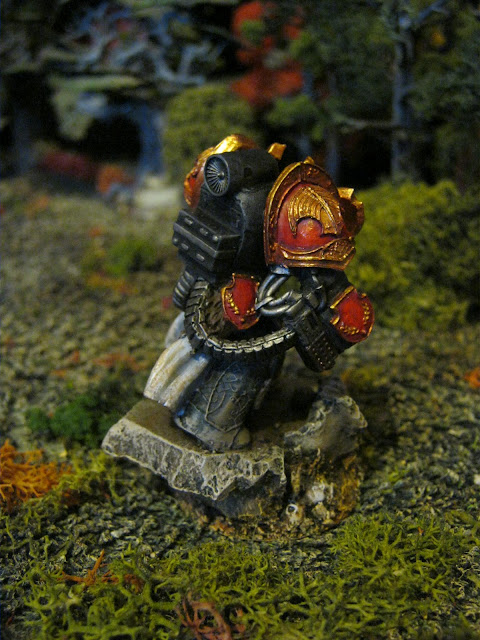 He detested the first generation importees for their criminal ways and meted out his own part of their punishment. Before he was even ten years old he had already beaten his own father to death to prevent him harming a child and he continued to mete out retribution for any wrongs he saw.

By the age of fourteen he had forged a little empire, organising the offspring of the original criminal colonists into an elite police force, imposing order where otherwise there would have been chaos. It was a brutal world with them all trapped in their barely safe air-sealed city and civility and order were luxuries that Damien could neither afford nor wanted. If the thugs did not behave themselves they were beaten or killed. 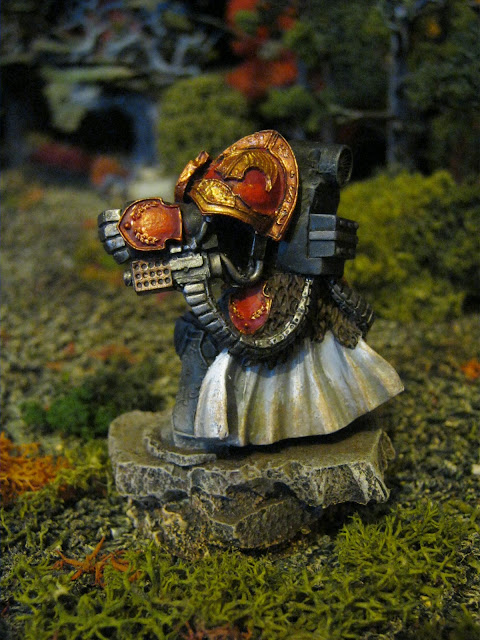 Long  had Penal-Col-2139B#0653Z been a source of recruits for the Adeptus Astartes chapter of the Men of Stone - not from the criminal colonists but from their children. When the Black Scabbard fell into orbit and sent down its Thunderhawks to seek out fresh neophytes, Damien Gord was quickly singled out.

Reluctant to leave the rabble to fall back into sin it took persuasion from Chapter Mistress Alarice Klein herself to persuade him to go but he quickly warmed to the training and indoctrination of the Space Marines.

With his gigantic, lean and strong body and perfectly controlled mind, Gord excelled in every arena of training and then battle. He joined the second company; working his way through the ranks until he became first a veteran sergeant and then a first company Vanguard Veteran.

It was in the first company that he really proved his worth, leading his squad of men through the harshest battlefield conditions, always risking his own life to save others and always keeping an eye to the mission. When the Men of Stone fought alongside the Ultramarines at Damnos against the Necrons, Gord won accolades that Marneus Calgar himself never forgot.

A gigantic suit of terminator armour was crafted for his monstrous frame on the shrine world of Antilochus, further enhancing his strength and size until he towered above his fellow marines almost twice their height, a man in girth and stature almost the equal of a primarch. The armour was built to protect him but also to strike out at his enemies with twin power gauntlets and storm bolters attached to each wrist armed with stable plasma charges capable of penetrating plasteel.

It was a design so perfect for battle that Mareneus Calgar had a suit of his own made to fit his own smaller size in honour of this great warrior and friend. 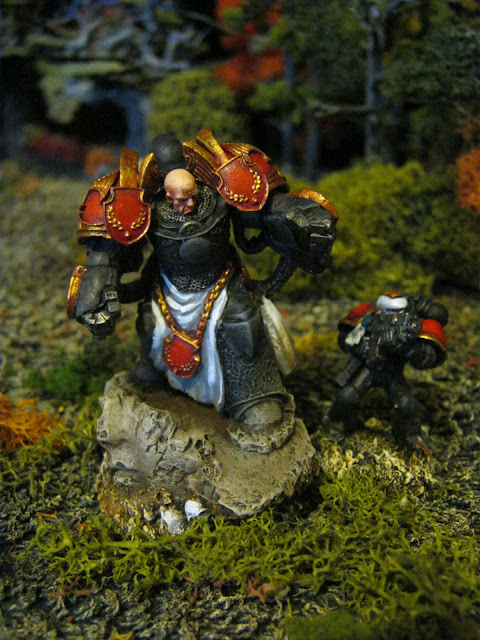 When the calamity came that split the Men of Stone with treachery, Damien Gord and the second company were with the survivors who escaped the carnage on the Black Scabbard.

He made it his own personal mission to hunt down his Chapter Mistress and took leadership of the remaining forces. For one hundred years, he and the remains of the chapter searched for their compatriots, rebuilding their strength, never surrendering, never giving up hope.

Now, as Captain of the Second Company of the Crimson Blades, Damien Gord fights on for honour, glory and victory, one of the mightiest Adeptus Astartes alive today and perhaps the greatest warrior of his Chapter. 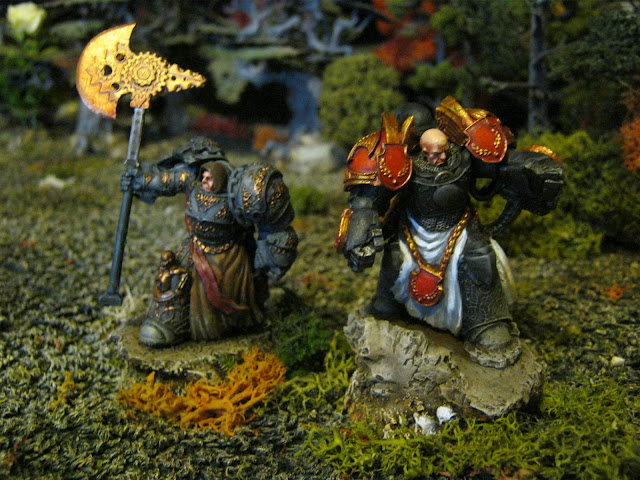 I have big plans for him in my campaign and though the model is preposterously big compared to normal marines it really is beautiful. As long as I have him functioning alone he looks fine.

Hopefully this story goes some way to justify his monstrous size and establishes him as a special character that is here to stay.
Posted by Jack Finn at 16:00