The Trap: Part One - Incursion

In the dark centre of the Lapitar jungles, the second Pernicious Gate stood guarded by a ring of defensive bastions.

It was critical beyond measure that the Chaos Space Marines not break through and seize control of it for if they did, a second horde of daemons would fall under their dominion.

But the Chaos forces had been spying on the defences with their scrying tools and they perceived that a hammer blow against a narrow frontage would easily fold back the defensive perimeter - especially with Crimson Blade forces kept busy in multiple other warzones.

And so they came, swooping down in drop ships as dozens of slavering daemons of Khorne materialised and bounded forward. 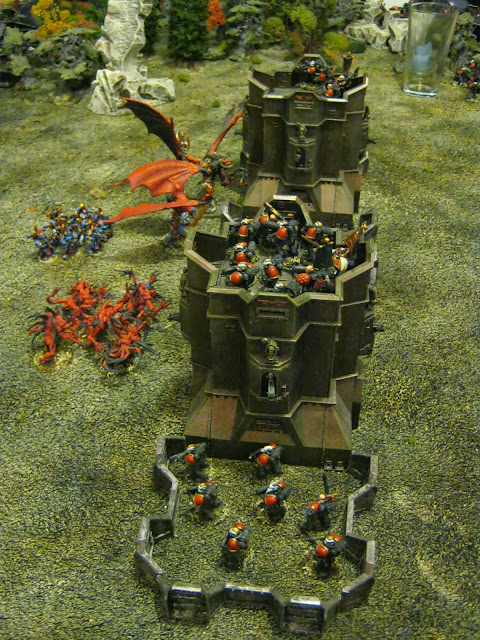 The marines stationed at the perimeter let fly instantly with explosive bolter shells but it was immediately clear that Lord Morder had been correct in his strategic plan. There were simply too many Chaos troops to hold back. 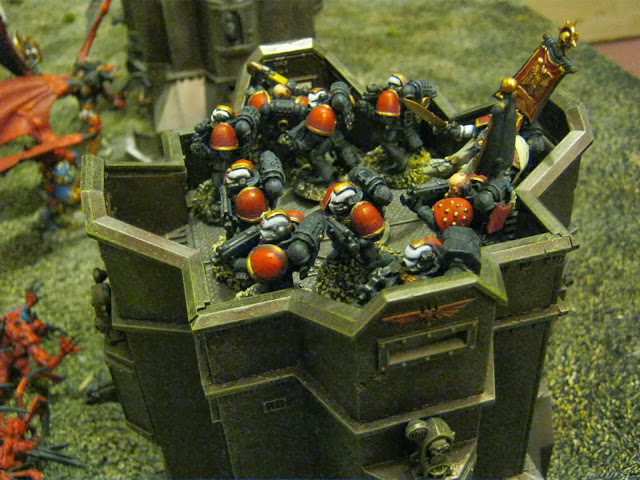 But then the trap was sprung.

Knowing that a Chaos Incursion was imminent, Alarice Klein, Chapter Mistress, had purposely left the defences weaker in order to manipulate the dark forces to attack.

The second their approach was detected, the signal was given and the hidden forces of the Crimson Blades sprang into action, bikers powering out of the undergrowth and Terminators deep striking down from the Black Scabbard in orbit. 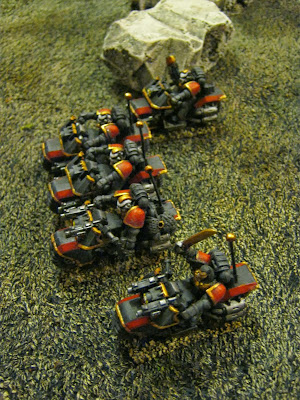 A Land Raider churned out from the jungle cover, disgorging Assault Terminators into the midst of the daemonic approach. 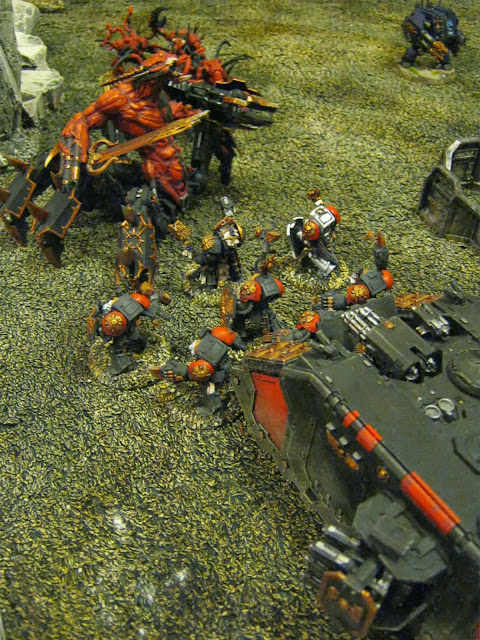 But the Chaos Space Marines had anticipated this and they sprang a trap of their own.

A Chaos Land Raider surged in, Night Lord Assault Marines leaping from it and charging into combat as more and more daemons materialised, closing in on their enemies. 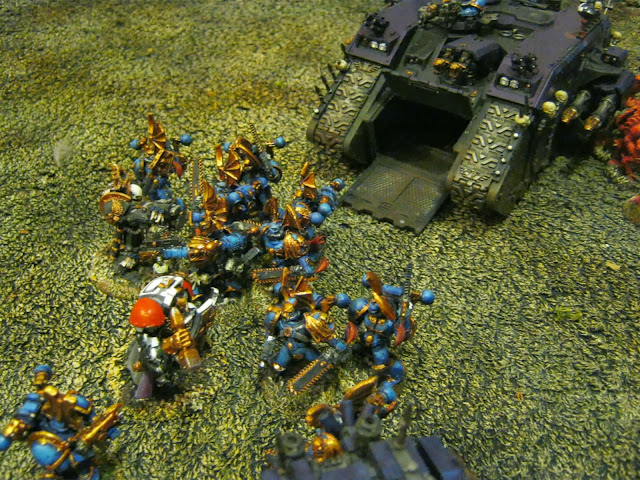 It had meant to be an overwhelming defeat for Chaos but the Crimson Blades were being overrun! They fought back but they were losing men. It was obvious that their only choice was to pull back and form an inner perimeter. 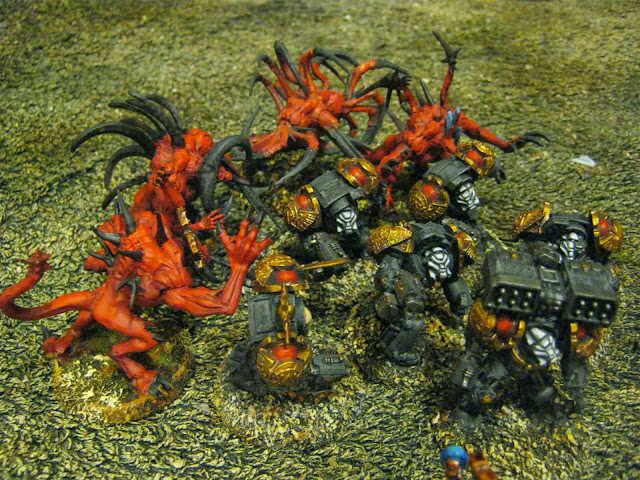 As the mighty Bloodthirster tore through their ranks they realised that, in all likelihood, they had no chance of slowing the Chaos approach to the Pernicious Gate and all the power it contained therein. 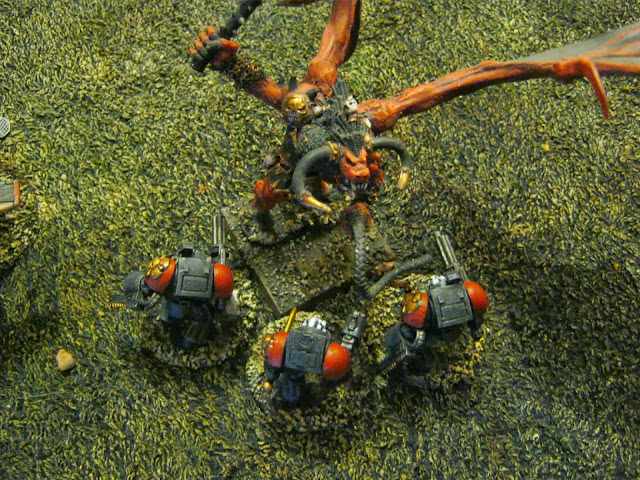