I was desperate to get this dude when he came out. 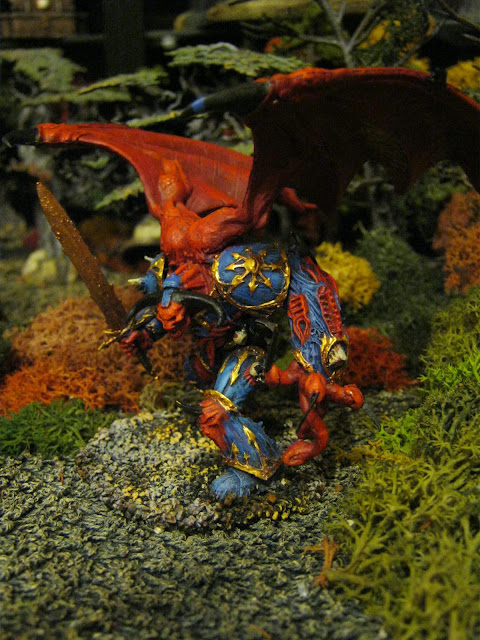 He was a very exciting miniature when he was first released and remains the best Chaos Space Marine Daemon Prince model so far. What is going on with the Nurgle one's eye? And the newer one is one of the worst miniatures I've ever seen with it's weird blocky muscles and odd expression. 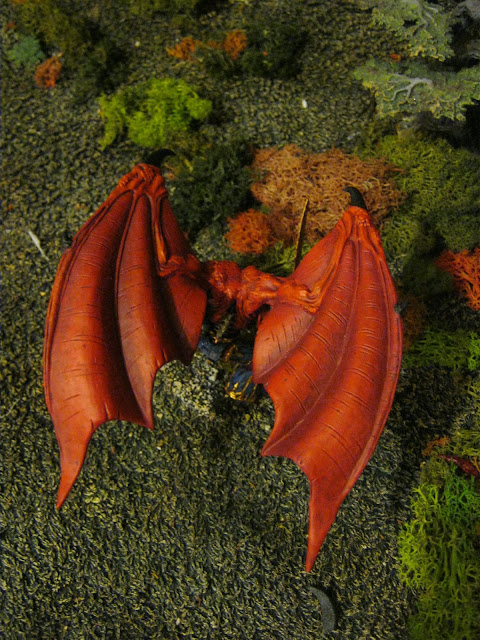 I used the wings off the Orc Wyvern, blending them in with multi-purpose filler so as to maximise his close combat potential. There's nothing worse than a powerful model getting shot as it shambles slowly across the board.

Originally I painted the daemonic parts purple to go with the crappy Tzeentchian look I was going for but gave him an overhaul recently. Khorne red is a much bolder and more violent colour and ties in with his combat orientation as well. 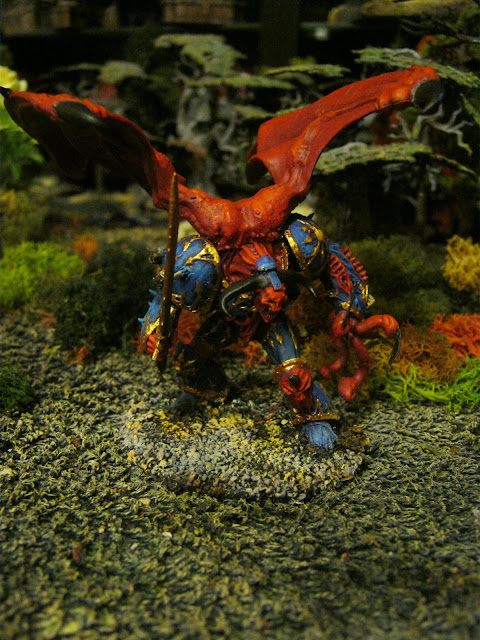 Obviously the hand with the weird long fingers had to go.

It amazes me that GW though the first freaky long-fingered hand was so good they just had to copy the style for the latest one. I went with some writhing tentacles made from milliput with clawed neds made from little slices of blister pack plastic.

My finest hour? Maybe not. But they do the job. And they're okay.

And they sure beat those crazy fingers! 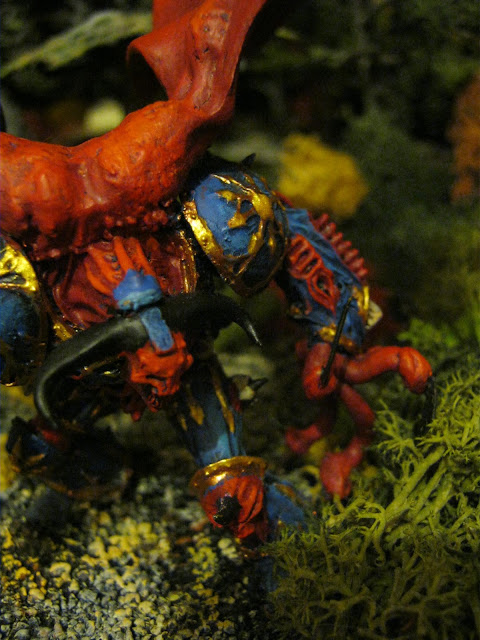