The Tyrands were everywhere, swarming through the undergrowth; rattling the boughs and leaves, screeching and grinding their teeth, pushing through the bushes and trees, voraciously devouring every living thing before them, sweeping out from the spawning chambers and brood nests, infecting Lapitar like a voracious plague. 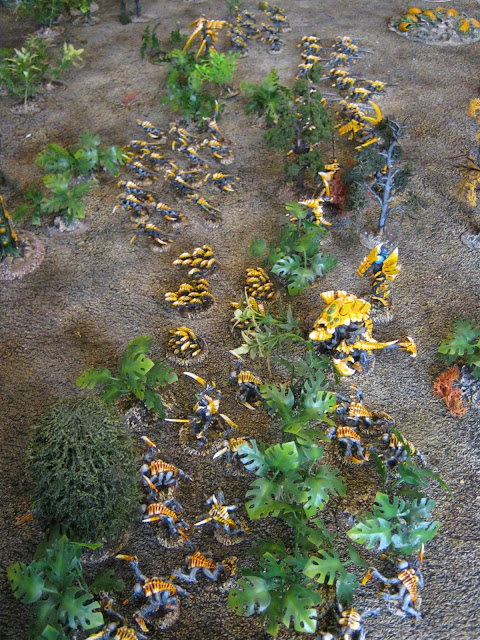 But the tanks of the Valorax Guard were waiting for them. 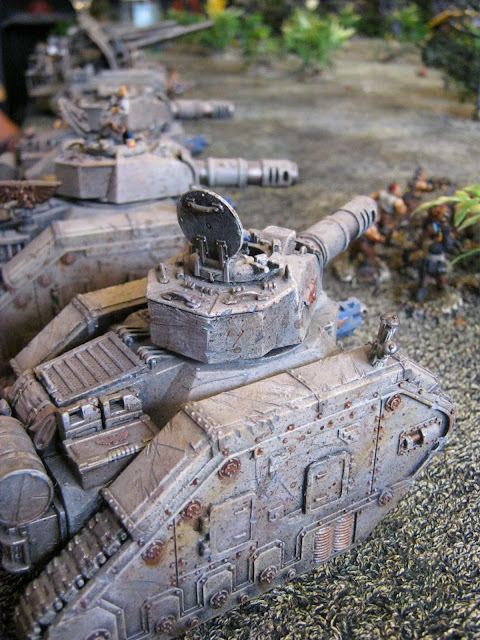 Where squads of disciplined jungle fighters had failed, now lines of armoured might stood ready and at first sighting unleashed a rolling barrage into the thick of the advancing swarm. Infantry closed to maximum range and took up firing positions with their lasguns, sighting down their barrels at the oncoming hordes.

The Jungle Men of Lapitar engaged the terrifying aliens, using flamers and plasma weapons as they got closer, but Genestealers leapt onto them, hacking them down with scything arms as Ripper Swarms swept in behind them to pick the bones.

What had began as incisive guerrilla attacks on the expanding Tyranid menace had already become a withdrawing gunfight and threatened to become a complete rout. The jungle regions surrounding the Hive were being lost, acre by acre. So far, the loss for Lapitar as a whole was negligible but all attempts to slow it so far had failed. All indications said that the jungle realm and ultimately the entire planet were already effectively lost. 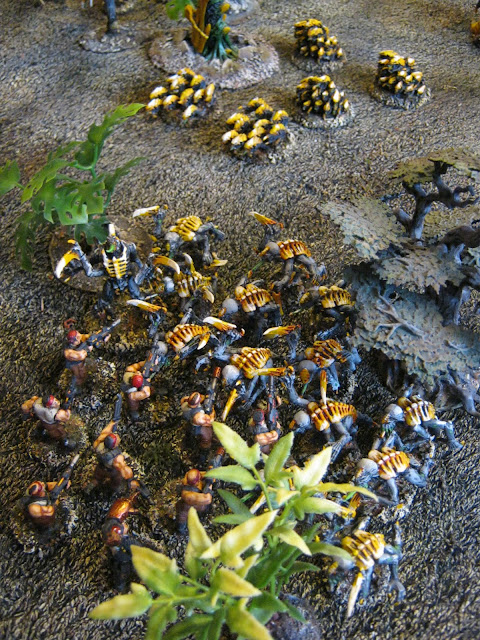 Hormagaunts leapt into the lines of guardsmen, hacking down the command squads providing stability to the defensive. The structure of the culling was faltering and was not far from a free fall. 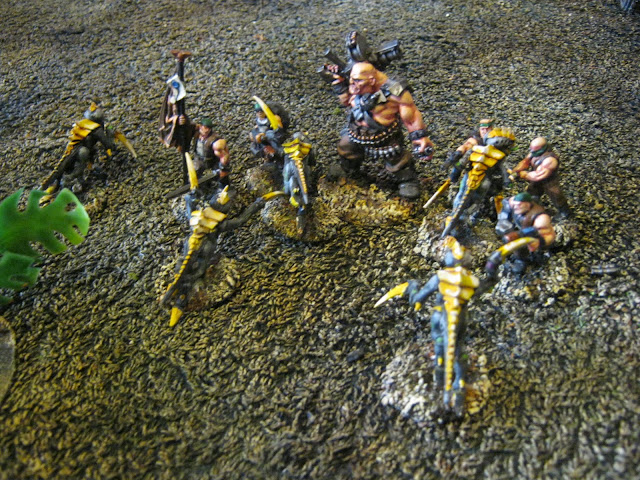 The infantry withdrew in line with the tanks but the Tyranids kept coming, driving too close for the massive guns of the Lemen Russ and the Basilisks. The number of men left fighting was falling fast. Those with enough space to fire their weapons was close now to zero. 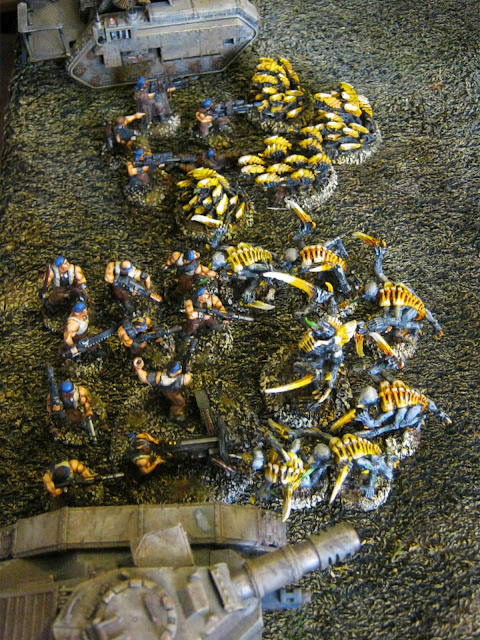 Ans then the monstrous creatures reached the tanks and all was lost. A bludgeoning Carnifex tore two Leman Russ Battle tanks apart with its crushing claws, even as they swung their turret guns round too late to blow it away.

In the ditches and dirt, dying men groaned as the vehicles cracked open, spewing flame into the darkening sky. 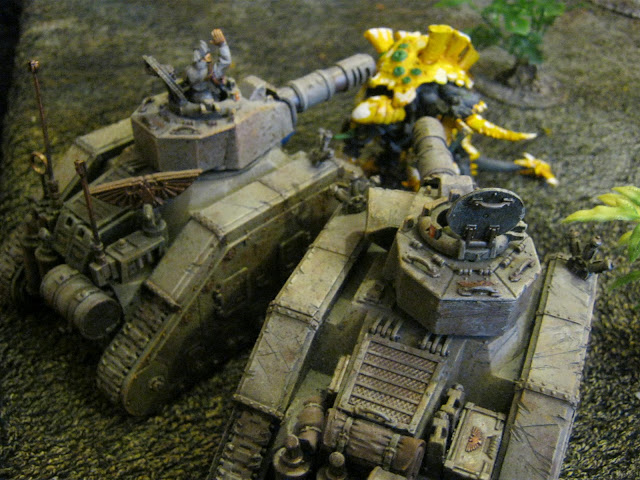 Soon only three Basilisks stood unharmed, levelling their guns on the approaching Carnifex but though their shells ripped the spines off its back, it tore into them, too close for them to retaliate, and coming on behind it were dozens more of the massive beasts: far far too many to possibly defeat. 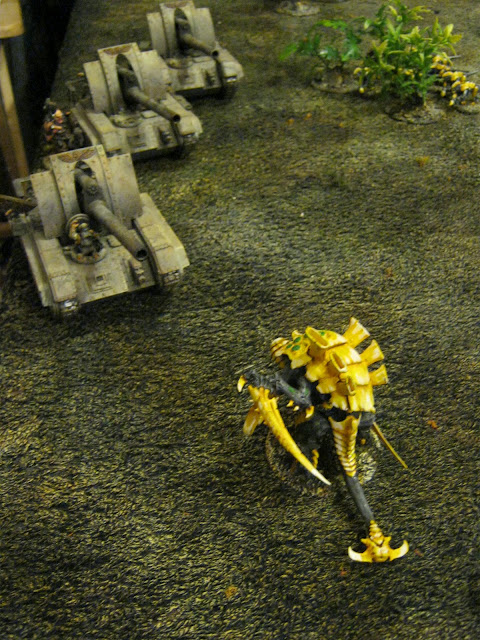