For my one hundredth post, my chum Peter would like to showcase his recently painted Ork Fighta Bomma and reveal a little bit of insight into its crazy pilot… 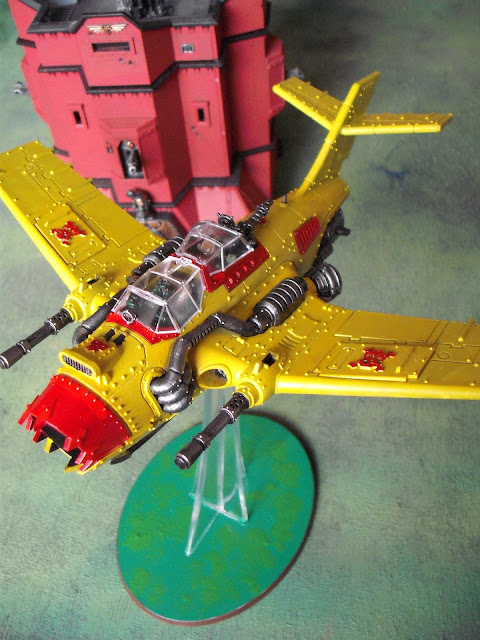 The grizzled Bomma pilot peered quickly around the makeshift airfield and then forced his way through a crowd of squabbling Gretchin to pull out a sorry-looking and rather pale grot from the melee.

“Come on Whitey, stop mukkin about, i got a job fur you!” he beamed.

One of the bolder gretchin piped up, “what u want im fur boss? e’s not even a proper greenskin!” 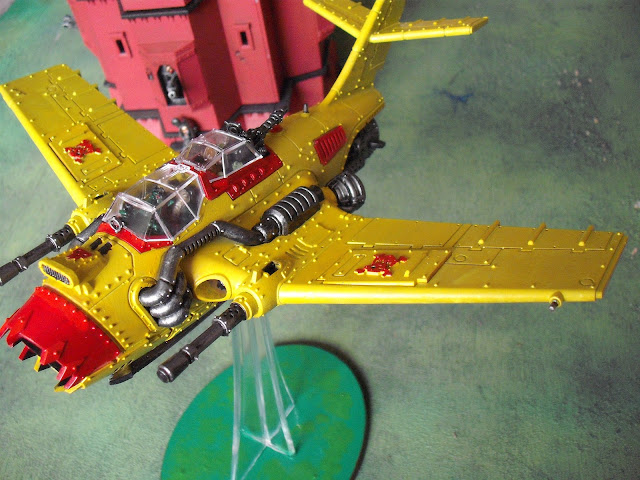 The Ork casually back-handed the cheeky grot, sending it flying into the rest like a bowling ball into skittles.

“E’s ded lucky e is!” snorted Dakkles not like yoos useless runts, i always takes im when i goes bommin and i never got killed yet!”

Satisfied that the bombing run could now go ahead, Dakkles strode back to where he had “parked” (crashed) his aircraft, dragging the dishevelled little grot by his collar. Whitey was now happily blowing loud raspberries and making rude gestures towards the rest of the Gretchin. 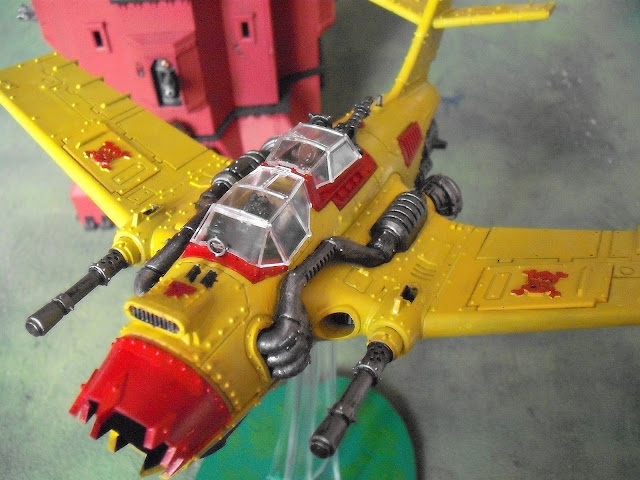 “Now u lissen to me whitey” said the Ork, pulling the grot up so that they were eyeball to eyeball. “don’t you go shooting off my tail-plane like last time, that cost me two teef to get fixed”

“Yes boss,  i mean no boss!” squeaked the little runt, “i got somefin for u, well that is i know where some uge bomms av been left unattended like!”

“Dat’s more like it” said the pilot “i always knew u was lucky” He stuffed a tiny squigskin helmet onto the grot’s head and gave him an affectionate headbutt. “wot are we waitin’ fur?”
Posted by Jack Finn at 08:55 1 comment:

And I own more epic models than I will ever need. Seriously. When I heard Epic Armageddon was coming out I bought up LOADS of the models before they hiked the prices.

However I have one big problem.

For years and years and YEARS, no one would play with me!!!

But no more! Utilising the the techniques I revealed in my Warhammer as an Aphrodisiac post, I have lured my wife into having a mini campaign! My plan is to start small with an easy to understand 2,000 point game, then work up to massive mega battles!!!

And what better way to get me in the mood than to dust off the little blighters with a celebratory showcase! 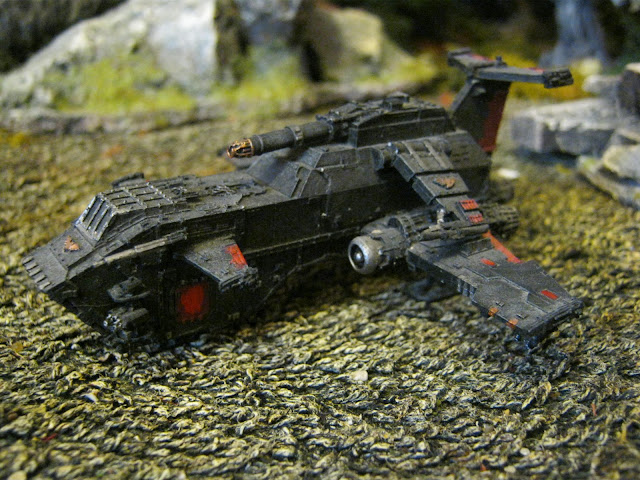 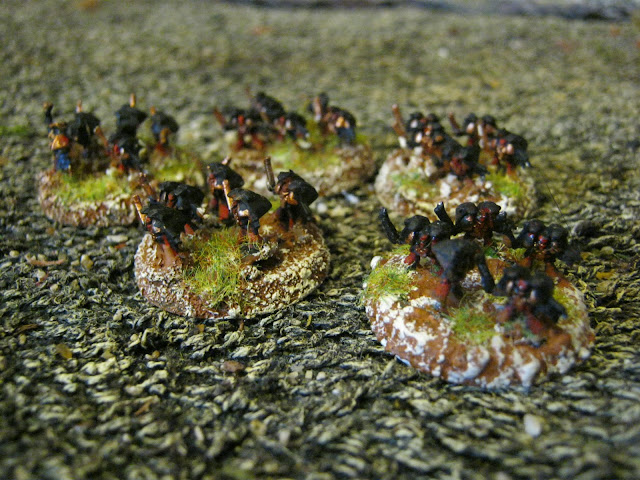 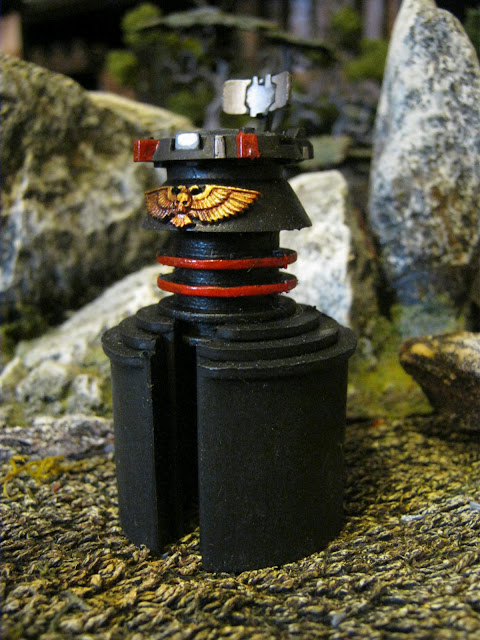 Note that the colours  all match the livery of my Crimson Blade chapter. 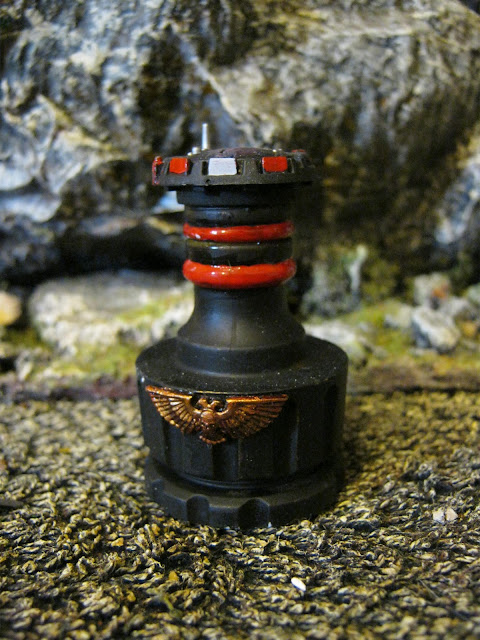 My Battle Company (the tactical marines at least).

When I was painting these guys I did a squad of full size marines along side each one, planning to create a battle company at both scales simultaneously.

You can imagine how long that lasted. 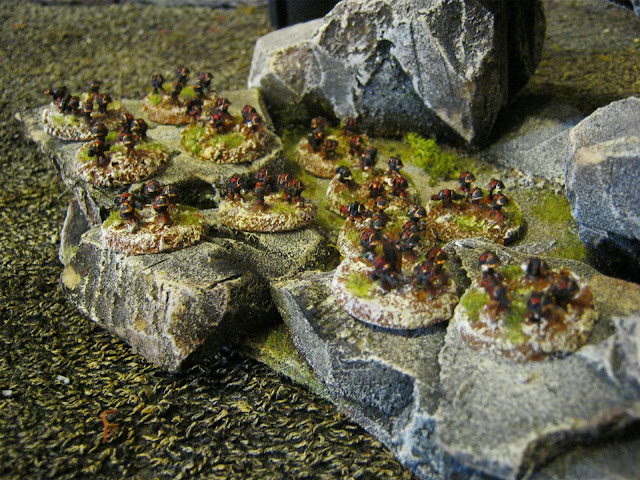 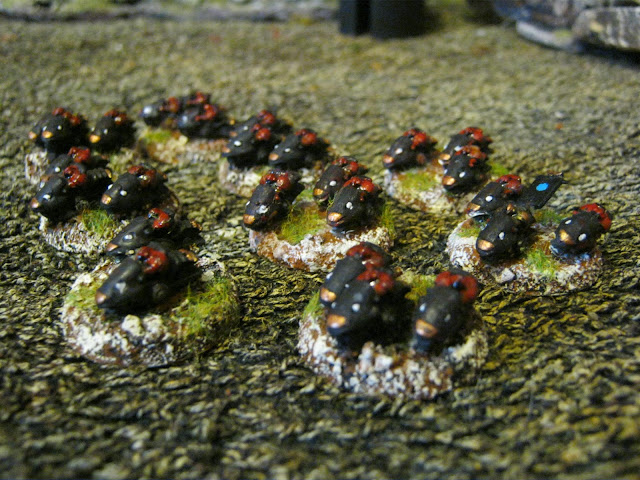 The Devastators from my Battle Company.

Actually ONE of my Battle Companies.

And hey, aren't they the REALLY old style Dreadnoughts from when 40k first came out????

Man I used to have a normal scale one of these. I just could NOT glue him together and in the end I lost one of the legs! 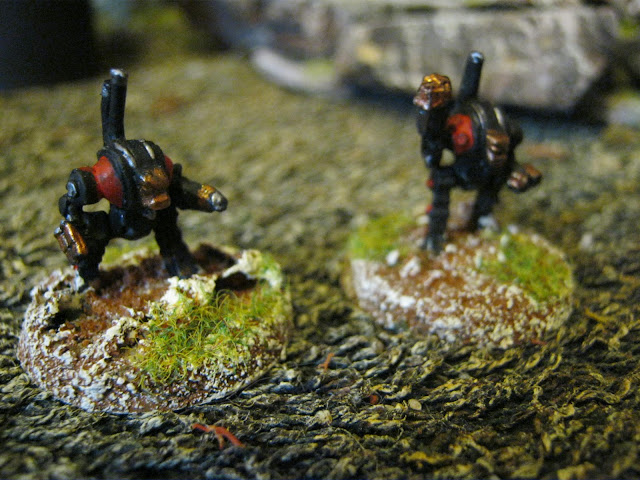 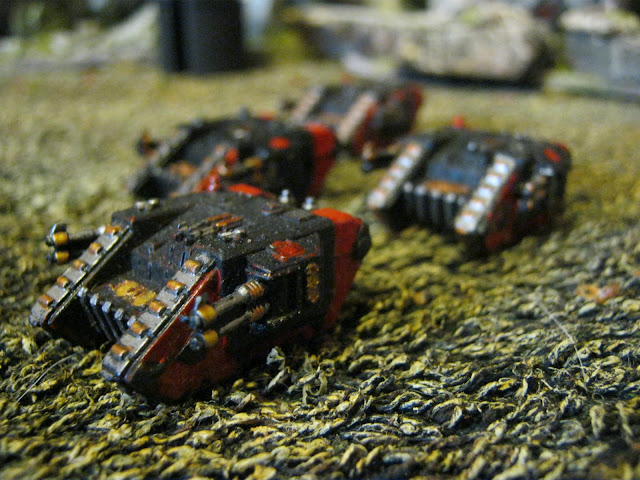 Heh heh. I got this from a car boot sale. I use it as a Space Marine Landing Craft. And I really like it actually. The scale is just right! 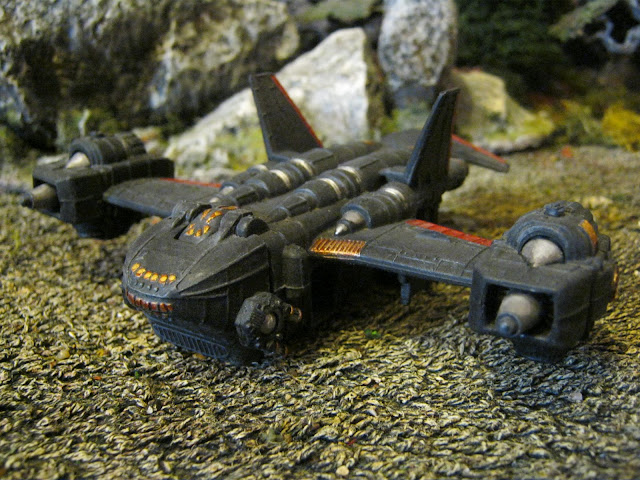 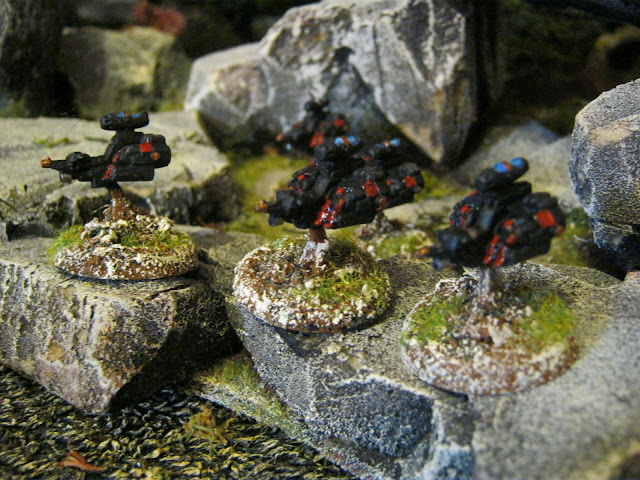 And the Battle Company's transport. Rhinos and lots of them! 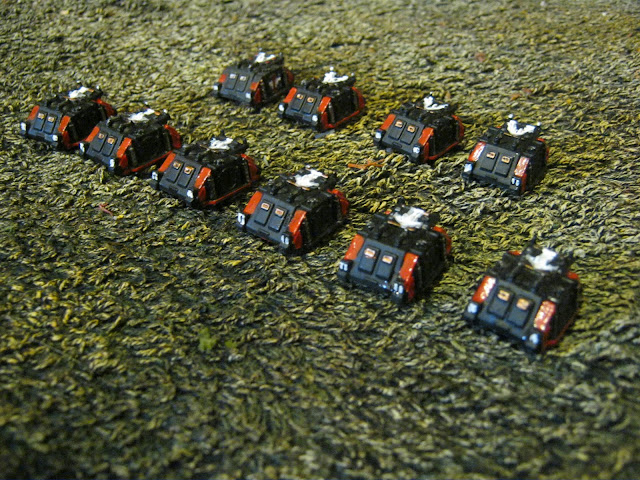 Getting to the end now... Terminators! 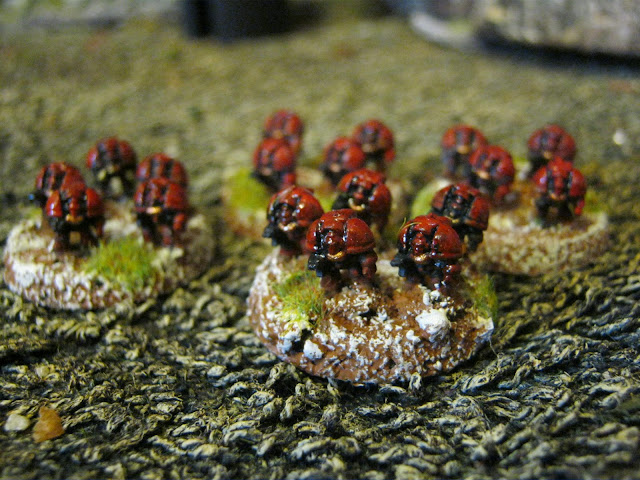 More whirlwinds than you could ever want or need, ready to pound my enemies into oblivion! 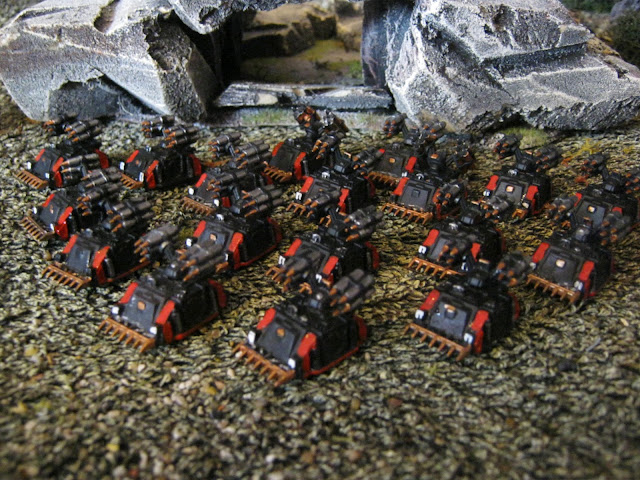 I originally painted this guy some time ago but I decided to give him a bit of a revamp. Using Grey Knight spare parts!

He does look cool with the Dreadknight hammer I whacked on there. Nobody is going to mess with this guy. 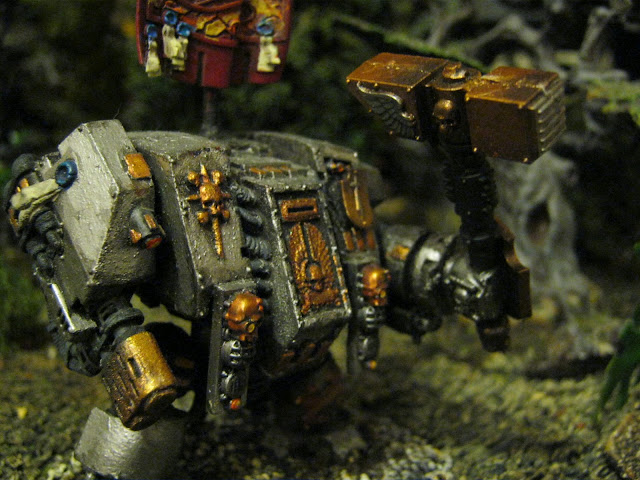 I went for the banner from the Terminator box but MAN I hated painting it!!!!! I bodged it in the end just to get it done. It looks alright I suppose but needs redoing someday. 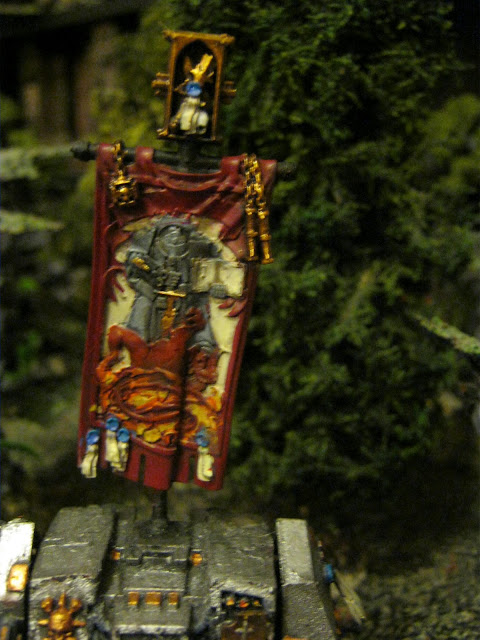 Putting the Dreadknight hammer on involved a bit of masking. I stuck a shield and an icon on to cover up what I couldn’t file off. 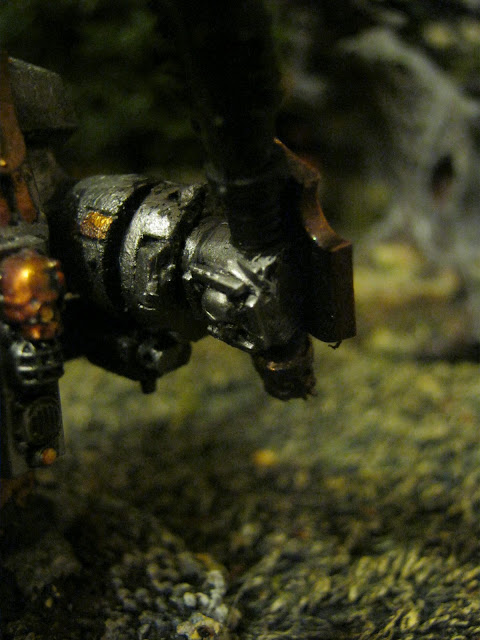 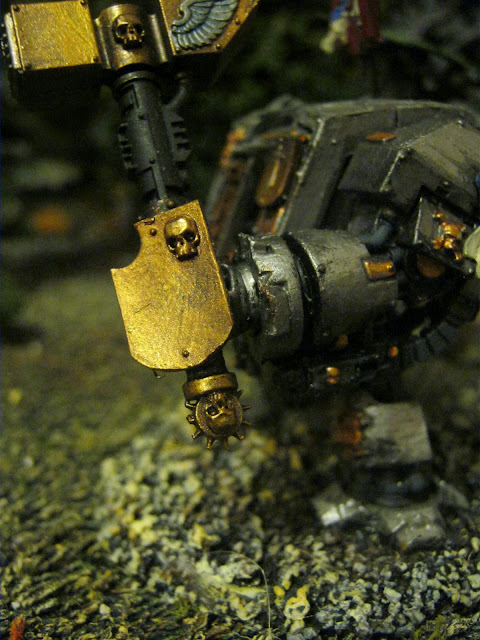